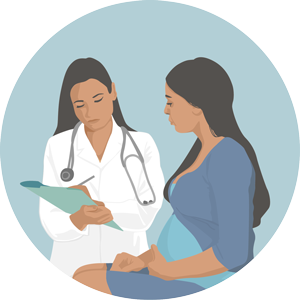 Pay Equity. To many, the concept of pay equity involves the equal pay between men and women in the workforce. Many may also limit this idea to a single profession or position such as female lawyer vs. male lawyer. But what about entire professions that are predominantly female? How do we protect careers that are often defined as “women’s work”?

This occupational segregation poses a difficult task for employers and employees as it is not always a direct comparison of individuals in the same workplace nor the exact same profession. The Pay Equity Act was specifically designed in order to protect female dominated professions such as Child Care Workers, Nurses, Midwives. The Employment Standards Act, 2000 addresses pay inequity in section 42 stating that work must be substantially similar but not exact, yet its enforcement is retroactive, punishing employers who have failed to adhere to it.

On January 1, 1988, it was realized that women in female dominated jobs required protection from systemic gender discrimination in relation to compensation. Employers were and still are required to actively evaluate the value of jobs that are usually performed by a particular gender. Unlike the ESA, the Pay Equity Act is enforced proactively and therefore there is an onus on the employer to ensure that pay inequity is addressed on a constant basis.

A claim filed by the Association of Ontario Midwives (“AOM”) in 2013 has now found retribution as the Human Rights Tribunal of Ontario has awarded retroactive pay for discrimination based on gender. More specifically, they faulted the Ministry of Health and Long-Term Care (“MOH”) for their failure to monitor the compensation of midwives throughout the years. According to the AOM, midwifery is a “gender trifecta of services provided by women, for women, in relation to women’s reproductive health”. By this definition, the Tribunal found a strong tie between midwifery and gender.

The AOM argued that the profession of midwifery had been concerningly undervalued especially in comparison to physicians and that there has been a widening of the gender-based pay gap since the profession’s regulation. In 2005, Midwives received their first compensation increase in 11 years. Unfortunately, it was also the last time the tribunal believed that the government considered pay equity with respect to the compensation of midwives.

The MOH argued that when determining Midwives’ compensation, gender had never been a contributing factor nor was it ever compared to physicians as there was a difference between occupational status. The MOH unilaterally determined that the compensation of physicians was an inaccurate comparison to midwives and therefore failed to continue to monitor compensation. Despite this, they promoted both as comparable obstetric services with equal competency to provide care to women with normal pregnancies.

Subsequently, the tribunal determined that “sex was more likely than not, one of the factors that explains the difference in compensation levels between midwives and CHC physicians”. The tribunal concluded that the government is required to regularly take proactive steps to ensure that compensation with respect to gender discrimination is monitored and use the Pay Equity Act as a guideline. The remedy was deferred to allow the parties to come to decision amongst themselves in order to rebuild and maintain their current relationship to aid in fair compensation reviews moving forward.

This is a landmark decision as it sets a precedent as to how employees in female-dominated professions will be compensated in the future and forces workers to re-consider what is characterized as fair and equitable between gendered nature professions.