Have I been abandoned? Analyzing the Abandonment of Employment 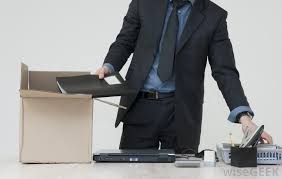 To establish that an individual has abandoned his or her job, clear evidence is required. In the case of Betts v IBM Canada Ltd. (2015 ONSC 5298) (Betts) an employer was successful in establishing just that.

In Betts v. IBM Canada Ltd., (2015 ONSC 5298), the Ontario Superior court recently upheld an employer’s decision to terminate an employee’s employment for abandonment of employment or voluntary resignation where the employee (1) was absent from work for over eight months; (2) failed to submit necessary documentation to support an application for short-term disability; and (3) failed to return to work despite multiple written warnings from the employer.

Antony Betts (Betts) was employed by IBM Canada Ltd. (IBM) in Nova Scotia in March of 1999 as a Learning Specialist.  He worked in Nova Scotia until 2002, where he was moved to New Brunswick. At this job, Betts occasionally travelled to Ontario to provide training services. Betts became engaged to his fiancée whom he met while he was in Ontario.  When the Plaintiff, Betts, travelled to IBM’s office in Markham, the Plaintiff stayed with this fiancée in Mississauga.

As a regular full-time employee, Betts qualified for IBM’s Short Term Disability plan (STD Plan). Betts had suffered from major recurring depressive disorder and anxiety disorder. Mr. Betts availed himself of IBM’s STD Plan in 2008 and took leave in order to seek treatment and recover from his symptoms. He followed the necessary steps in seeking leave from work.

On October 30, 2013, Manulife sent the plaintiff a letter requesting that he contact Manulife by November 5, 2013 to submit the necessary forms (which were enclosed) including an “employee declaration” and “attending physician’s statement”.

After this, IBM sent five additional letters to Betts, informing him of his options and the consequences of not complying with IBM’s Plan requirements. IBM’s Plan requirements were that Betts had to submit necessary medical information or that he would be held to have voluntary resigned from his employment. Mr. Betts failed to submit such information.

It is important to note, Mr. Betts did, however, send IBM a letter from a non-physician, Dr. Nixon, which essentially re-iterated Mr. Betts’s self-reported symptoms. It further, and curiously so, wrote: “[Mr. Betts has requested a job transfer to Ontario due to existing problems with current manager…this would be very beneficial to his recovery.  Also, he is in a serious relationship with a partner who lives in Mississauga.”

The letter from Dr. Nixon did not fulfill IBM’s requirement as Dr. Nixon was not a physician. However, taking into account Dr. Nixon’s statements, Manulife found a new manager for Betts.

Throughout his absence from work, the Plaintiff consistently missed necessary deadlines to submit sufficient documentation or to file appeals. Furthermore, the Plaintiff relocated from New Brunswick to Ontario to live with his fiancée without advising IBM of his move.

Thus, having not received the requisite and clearly outlined information, and having extended deadlines for the Plaintiff on numerous occasions, IBM took the position that Betts had resigned from his employment. Betts then brought a claim.

The Test for Abandonment of Employment

At para. 59 of its decision, the court outlined “three objective factors” which would serve as indicia for abandonment of employment:

(a)         a failure to report to work and fulfill employment obligations;

(b)         a failure to follow the policies and procedures set forth in the Plan; and

(c)         a voluntary and undisclosed relocation with a lack of intention to return and resume employment with the defendant.

In particular, the court underscored that IBM’s five letters to Betts outlining his options to either pursue STD benefits or return to work “could not have been clearer”. The court further acknowledged IBM’s patience in extending deadlines for Betts and also stated at para. 60, “having successfully obtained and concluded a previous leave of absence while on short term disability, the plaintiff was well aware of what was required of him, and the reasons why the defendant maintained its short term disability policy (a policy of which the plaintiff successfully availed himself in 2008)”.

The court held that all of Betts’ actions were consistent with an individual who had no intention of returning to work. Therefore, the court found that Betts had abandoned or voluntarily resigned from his employment with IBM. They dismissed his claim for wrongful dismissal.

Paragraph 62 is of particular importance in stating:

Even an employee suffering from medical issues is not immune from being found to have abandoned his/her employment.  A failure to follow the directives and requirements under the Plan can be akin to disobedience, which would normally justify dismissal.

The Plaintiff then appealed this decision arguing that:

(i)              The Motion Judge had erred in determining that the Plaintiff had abandoned his post with IBM;

(ii)        The Motion Judge erred in relying on IBM’s denial of STD benefits.

(iii)      The Motion Judge erred in relying on the appellant’s relocation to Ontario, and

(iv)       The Motion Judge erred in determining IBM had no duty to accommodate the appellant’s disability beyond the STD Plan.

The Court affirmed the decisions of the Motion Judge, emphasizing that the Plaintiff had failed to submit any reliable medical evidence, that IBM had given the Plaintiff numerous opportunities to correct his behaviours, and that those even who are suffering from mental disorders are not immune to being found to have abandoned their employment.

Upon a leave of absence or any kind, both the employer and employee have duties to ensure that the employment relationship remains clear. An employee who does not respond to communications or submit required documentation could have dire consequences, as seen above. An employer who does not perform their due diligence in attempting to contact the employee before relying on job abandonment may run afoul as well.  As in Betts, an employer must have demonstrable efforts to communicate before terminating an employee due to allegations of job abandonment.

All cases are unique in their nature and an employer is encouraged to seek legal advice prior to terminating an employee. The lawyers at Monkhouse Law are experienced and are willing to assist with any questions regarding employment situations.