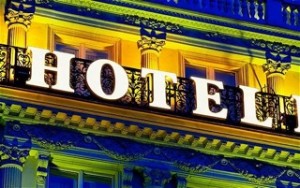 Imagine that you are hired by a corporation totally controlled by one person. From your first day, you are paid less than your full salary, or perhaps none of your salary. Finally you become frustrated with the situation and want to take action. It turns out that the corporation has very limited resources, and after you commence your action, the owner dies. What can you do?

While certainly uncommon, this is precisely the situation addressed by the decision in El Ashiri v. Pembroke Residence Ltd. (2015 ONSC 1172). Through a creative application of corporate law, the Plaintiff recovered damages for his wrongful dismissal in spite of the difficulties he faced, going against a company with a deceased owner.

Mohamed and Hesham were never (or almost never) paid for their work. As the Court put it, “Dewji hired the plaintiffs and put them to work in responsible positions in his hotels and never, from the get go, paid them what they were due. He must have known when he hired them that he was not in a position, financially, to pay them what they were due.”

Mohamed and Hesham eventually stopped working for Dewji because of his failure to pay them. They brought an action for wrongful dismissal, against his companies (which were in poor financial positions) and against him personally. He died, and the plaintiffs obtained leave to continue their action against his estate. The Plaintiffs then moved for summary judgment.

1. Had Mohamed and Hesham been dismissed?
2. Was Dewji personally liable for the wages owed by his companies to the Plaintiffs?
3. What damages, if any, were the Plaintiffs owed?

The Court found that the Plaintiffs had been constructively dismissed, meaning that they had been effectively dismissed because Dewji had modified an essential term of their contract by completely refusing to pay them. It was as if Dewji had unilaterally declared that their salaries were reduced to $0.

The Plaintiffs were not employed by Dewji directly. Their contracts of employment were with his corporations, which were struggling financially. How could Dewji be personally liable for the money owed to the Plaintiffs?

The Court found that Dewji was personally liable because of the “oppression remedy” contained in the Ontario Business Corporations Act, R.S.O. 1990, c. B.16 (the “OBCA”). Under s.248 of that Act, if a corporation behaves in a manner which is “oppressive or unfairly prejudicial” to a group of stakeholders in the corporation, members of that group can apply to a court for an order correcting that behavior.

When a court finds that the oppressive conduct is a result of the directors of a corporation abusing their power, it can make those directors personally liable for the cost of correcting or repairing the oppression.

The range of potential oppression remedies is very wide. The oppression remedy, as the Court said, “gives the court a broad discretion to enforce what is right and what is just and fair.”

Putting all of this together, the Court found that Dewji, the sole director of both corporations, had behave oppressively towards the Plaintiffs by exploiting them in order to keep his hotels running while refusing to pay their wages. The Court therefore had the power to make Dewji personally liable for paying those wages, in order to rectify the effects of his oppressive conduct.

The Court determined that while Dewji’s conduct was unfair and reprehensible, it did not meet the “harsh, vindictive…malicious” standard for punitive damages, and that punitive damages were not necessary to compensate the Plaintiffs in light of the fact that they would be paid damages for their lost salary.

The decision does not specify the length of time for which the Plaintiffs worked for the Defendants. However, it is clear that for both plaintiffs it was somewhat less than one year. Mohamed’s annual salary was $35,000.00, and Hesham’s salary was $50,000.00. Each was awarded significantly less than this amount for unpaid wages. Both Plaintiffs were also awarded two months’ salary in lieu of notice, as well as their unpaid overtime and vacation pay, as well as the value of their benefits over their employment and notice period.

The Courts are more than willing to use the oppression remedy in the OBCA to find that directors are personally liable for the debts owed to a corporation’s employees. Where an employer’s oppressive conduct has unfairly harmed the interests of employees, it is possible to recover damages from the directors of that employer in their personal capacity. If you have any questions about your employment situation, contact Monkhouse Law today for a free consultation.