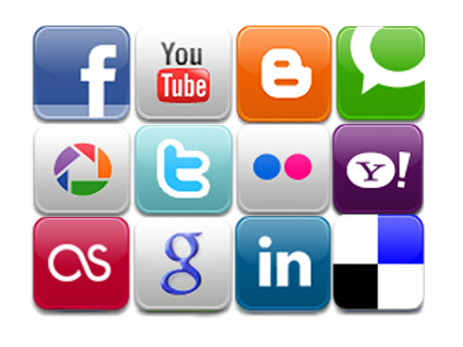 The ability to express oneself publicly on social media has hidden risks, especially where one’s professional life is concerned. The events in International Triathlon Union, 2014 BCSC 2151 (CanLII) provide an important illustration of these risks and the corresponding high standard that the law requires for terminating an employee with cause where social media is concerned.

The Facts
The employee had first worked for the defendant International Triathlon Union (ITU), a sporting federation which organized triathlon events, from 2006 until 2009. She voluntarily left, and then returned in 2011, as a Communications Manager. On November 20, 2012, the Employee’s employment was suddenly terminated. She had never received any written or verbal warnings. Her salary had, in fact, been increased from the initial $70,000 to $77,000 while she was working for ITU. During her termination meeting, the employee was told that her “communication style” was not “in line with ITU.” She was given two weeks’ pay in lieu of notice (the statutory minimum in B.C.) and offered roughly three weeks more, conditional upon the signing of a release. The employee did not sign the release, and proceeded with a civil claim against ITU for wrongful dismissal.

When the matter proceeded to trial, ITU asserted that that it had cause to terminate the employee’s employment. Specifically, ITU claimed that comments the employee had made on her personal social media accounts over the course of her employment had added up over time, giving ITU “cumulative” cause to fire her.

The comments in question were largely tweets issued from the employee’s personal Twitter account. Some were general comments about her workplace: “surprisingly fun congress after-party last night. Probly [sic] the only time I’ll see so many Eboard members hungover & lamenting those tequila shots.” Some related to events at the London 2012 Olympics, generally expressing the employee’s greater support for some athletes than for others. The employee also authored a post on her publicly accessible personal blog after a dispute about the timing of her vacation, comparing her relationship with a superior to her troubled relationship with her mother.

The Issues
The Olympic tweets, as well as the employee allegedly dramatic and confrontational behavior with members of other sporting organizations, had drawn letters of complaint from those organizations about the employee’s conduct. The main question was whether the employee’s behavior entitled her employer to dismiss her for cause without any kind of prior warning. If her dismissal was wrongful, the next question was whether her whole 4 years or only her latter two years of employment should be counted in calculating her notice period.

The Result
The court gave no direct consideration to the question of whether tweets on the employee’s personal account, as opposed to in an official capacity, could give rise to cause for dismissal.

The employee may have made the posts on a personal Twitter account, but the account was obviously hers, and she was publicly known to be employed by ITU. The tweets, moreover, related to ITU’s business insofar as they discussed triathlons and her work experiences. This seemed to be sufficient to bring them into consideration as a possible basis for termination.

In deciding whether ITU had cause for dismissal, the court reaffirmed the test established in Lowery v. Calgary (City of), 2002 ABCA 237 (CanLII). To prove cumulative cause, an employer must show that:

In short, the employer must show that the conduct could actually damage the business and that the employee was given a fair chance to change their behaviour.

In this case, even though the court accepted the employer’s evidence that the employee ought to have known that her conduct was inappropriate, ITU had not established that it had cumulative cause to terminate the employee’s employment, because it had never issued a clear, express warning to her that her conduct was unacceptable. Mild conversations about the need to improve communication “style” were simply not enough.

In calculating the appropriate notice period, the court considered the employee’s prior work history- specifically, the fact that she had left her first stint of employment with ITU to take another position and did not return for two years. Further, the court considered the employee’s length of service (22 months), her age (34), and the availability of similar employment. With these factors in mind, the court awarded the employee 5 months’ pay in lieu of notice, and the value of the medical benefits to which she would have been entitled during the notice period.

Principles Derived from the Case

Employees should be aware that their actions on social media, even on personal accounts, may be scrutinized by (or reported to) their employers. This case is a reminder that if the content of what an employee posts may have an impact on the conduct of an employer’s business, it can form the basis, over time, of a dismissal for cause. Employees should be mindful of what they post, and take warnings from their employers to desist seriously.

For employers, it is important to keep in mind the importance of clearly communicating when they feel that employee conduct, including social media activity, is unacceptable. Not only can this help to resolve issues, but without clear and express warnings, employers will find it difficult to rely on a long course of low-level misconduct in support of dismissal.

If you have any questions relating to cumulative cause, dismissal, or to your rights and obligations in employment law generally, contact Monkhouse Law today for a free consultation.