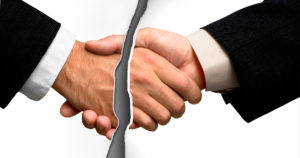 Under the common law, dismissed employees have a duty to mitigate, which means they have to make reasonable attempts to secure new employment after losing their job. Due to this, employers often require employees to disclose their job search efforts after they start a wrongful dismissal lawsuit.

However, life sometimes gets in the way of searching for a job. The Courts can be sympathetic to this if an employee is sick or has other circumstances that can limit or prevent them from searching for a new job. In Fenos v Manulife, 2019 ONSC 6861 the Plaintiff settled a wrongful dismissal with the employer (Facca Inc.). The settlement provided that Fenos had to continue to search for jobs, and if one was secured, the settlement amount would be reduced. Fenos subsequently became seriously ill and was unable to search for new employment as he was totally disabled.

The employer then took the position that it was not required to pay Fenos the balance of the settlement funds. It alleged that since he did not search for jobs and breached the settlement. The Court disagreed.

The Court found that Fenos did not ‘willfully fail’ to comply with the settlement. The Judge found that Fenos and the employer did not contemplate a situation where he became incapacitated and unable to search for work. If the employer wanted to make this a term of the settlement, it ought to have done so expressly. Similarly, the Judge did not find the settlement was frustrated on account of Fenos’ disability, rather it modified the nature of the Fenos’ obligations. Meaning, the contract was not voided due to the disability – Fenos was now no longer required to apply to jobs while disabled.

Another issue in this case, is that when Fenos became ill, he applied for long term disability (“LTD”) which was denied by Manulife as they claimed coverage had stopped after the ESA minimum notice period, notwithstanding that the settlement agreement between the employer and Fenos stated LTD coverage would continue for 24 months. Whether or not Fenos was covered for LTD benefits during the 24 month period turned on the interpretation of the contract between the employer and Manulife. It would come as no surprise that Fenos and the employer both fought for the understanding that the clause would allow for benefits for the entire 24 month notice period. The judge ultimately found this issue was not able to be determined on the summary judgment.

Had the judge found Fenos was entitled to LTD benefits, the facts surrounding the mitigation clause in the wrongful settlement would have been much different. Instead of Fenos being left with no income from neither the settlement nor the LTD, Fenos would have been receiving income through LTD benefits and fighting to also get income for wrongful dismissal damages. In that instance, Fenos may have received more money than he would have had he continued to work with his employer as he would get his regular income plus LTD (depending on the terms of the LTD policy). The employer in that instance would likely have wanted a clawback for that money.

If the contractual interpretation between the employer and Manulife results in Manulife not paying LTD benefits to Fenos, the employer could be on the hook for the LTD benefits that should have been paid to Fenos – exponentially increasing their liability. The contract between the employer and Manulife is also likely one that appears between many employers and LTD providers and thus the determination of this contractual interpretation could have a significant impact on workplaces, employer liability and terminated employees.

It is important to consult an employment lawyer when entering into contractual agreements with your workplace and especially if one party is attempting to walk back on the agreement. We offer a 30-minute free consultation at Monkhouse Law.