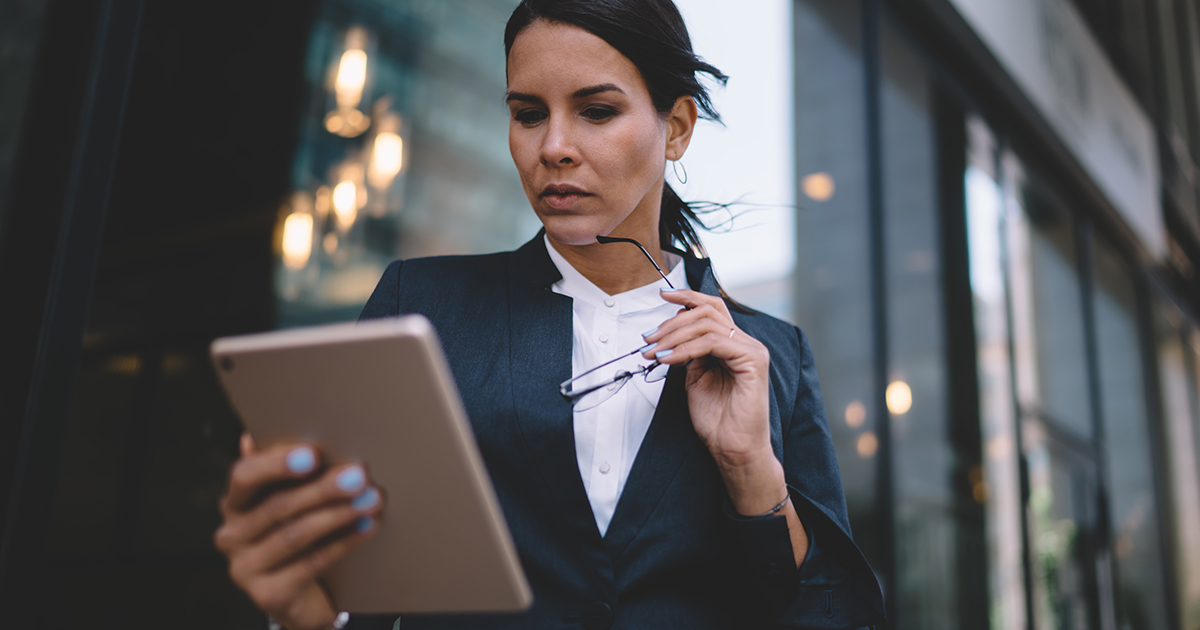 In a recent Ontario case, Humphrey v. Mene, 2021 ONSC 2539, the Court found that the employer’s bad faith invalidated the termination clause in the contract. The employee was awarded 11 months’ wages at her salary of $90,000, aggravated damages of $50,000 due to mental distress, and $25,000 in punitive damages for 2.7 years of service. Read on to learn more.

Humphrey’s employment with Mene – a designer, manufacturer, and retailer of jewelry – started in 2016. She first served at the company as the Director of Global Communications and progressed to the Vice President of Operations pursuant to a Consulting Services Agreement. She eventually progressed to Chief Operating Officer (“COO”) sometime between May and July 2018.

In December 2018 – several months after accepting the role of COO – Humphrey was presented with a new Employment Agreement which included a termination provision limiting her entitlements to those provided under the Employment Standards Act, 2000. Humphrey was not given the opportunity to negotiate her salary, nor did she receive any additional benefits as a result of signing the contract.

In January 2019, Humphrey asked for a salary review. In response to her request, the CEO of the company questioned her dedication to the company, removed her from the COO position, and suspended her for two weeks. At the end of the suspension period, the company would decide whether to terminate or demote Humphrey to a non-executive position. Humphrey responded to the Suspension Letter through her lawyer, indicating that she would not be accepting a demotion. Mene then terminated the relationship on a with-cause basis citing alleged serious performance failures, despite never having previously engaged in formal performance management with Humphrey.

Humphrey sued for wrongful dismissal. Mene abandoned its cause allegations almost one year after asserting them, claiming that the evidence of the employee’s alleged misconduct had been destroyed in accordance with the company’s document retention policy and sought to rely on the without cause termination provision in the Employment Agreement instead.

Mene argued that the Employment Agreement limited Humphrey’s entitlement to the statutory minimums. Humphrey’s position was that the contract was invalid because it was not supported by valid consideration, and because Mene engaged in conduct that repudiated the relationship.

Consideration is the benefit that each party gets or expects to get from the contractual deal.

The court agreed that there was no consideration for the agreement because Humphrey was not given the opportunity to negotiate her salary and received no additional benefits as a result of signing the new Employment Agreement.

However, the most noteworthy aspect of the decision is the court’s treatment of the repudiation issue. Precluding an employer from relying on a contract of employment that limits an employee’s entitlement to notice of termination because the employer engaged in acts of repudiation is an extraordinary remedy. In the 1995 B.C. decision, Dixon v. British Columbia Transit (“Dixon”), the court held that the employer had repudiated the employment agreement by taking a deceitful position of cause for dismissal. The employer was precluded from relying on its termination clause.

The court in Humphrey acknowledged that in some cases, employers may be permitted to terminate without cause after a failed for cause termination. It also noted that not every instance of wrongful conduct by an employer will constitute repudiation. An unsuccessful or withdrawn position of cause, asserted in good faith, does not invalidate a termination clause. A technical mistake or error by the employer would also not preclude it from relying on a termination provision. However, in the case of Humphrey, the court was satisfied that Mene did not commit “mere technical breaches made in good faith.” Rather, its conduct went “to the heart of the employment relationship.”

The court found that, prior to termination, Mene repudiated the relationship by removing Humphrey’s responsibilities, suspending her, and threatening to demote her. The following also constituted repudiation:

– Mene informed a vendor that Humphrey had been dismissed, prior to her receiving the suspension letter. It also sent a message to all employees advising that she was not a fit for the COO role.

– Mene set up Humphrey to fail by promoting her with limited experience and failing to provide any performance feedback.

– Mene subjected her to a toxic workplace. Relying on email and text communications that predated Humphrey’s promotion, the court held that the CEO’s behaviour towards Humphrey violated “a fundamental and implied term of any employment relationship… to treat the employee with civility, decency, respect and dignity.”

– Mene exaggerated performance issues and alleged cause when it knew or ought to have known it had none. Further, it refused to abandon its position of cause for almost a year after initially asserting it.

– Mene delayed paying Humphrey her statutory entitlements, despite abandoning its position of cause. The court grounded its findings of repudiation in the duty of good faith, which it named as an implied minimum expectation in the negotiation of all employment agreements.

All employment agreements are negotiated and agreed to on the basis of certain implied minimum expectations as to how the employer will conduct itself, the duty of good faith being one. An employee’s agreement to accept terms which significantly impact on the employee’s common law rights must be taken to be made in the expectation that the employer will comply with these minimum implied expectations. Where the employer significantly departs from such expectations, in my view, the employee should not be held to extremely disadvantageous provisions which he, she or they agreed to. This is not rewriting the contract but giving effect to what the parties must reasonably have intended.

Simply put, the court found that Mene’s conduct was so significant and egregious that it demonstrated an intention to no longer be bound by the applicable employment agreement. As such, the court found Mene to be disentitled from relying on the without cause termination provision.

Despite Humphrey’s relatively short 2.7 years of service, she was awarded 11 months’ wages at her salary of $90,000, aggravated damages of $50,000 due to the mental distress she suffered, and $25,000 in punitive damages.

Punitive damages may be recovered in an action for wrongful dismissal, but they are rare. The purpose of punitive damages is to punish harsh, reprehensible, and malicious conduct and to dissuade the defendant and others from committing the same acts. They are awarded where there is an independent actionable wrong which can include breach of a contractual duty of good faith, and where compensatory damages (including aggravated damages) are insufficient to respond to the conduct being addressed. An “independently actionable wrong” is a wrong which by itself, independent of any primary cause of action, can give rise to a court action

The court in Humphrey found that compensatory damages are insufficient and punitive damages are warranted based on following factors:

1) In this motion, Mene has continued to raise performance issues even though it has abandoned its cause claim;

2) Mene has never formally amended its pleading to withdraw the for-cause allegation; accordingly, as far as the public record is concerned, this is what Mene continues to represent to the world;

3) Either Mene has been untruthful about the existence of extensive material in support of the Board Memo or it failed to preserve these documents. Either is “reprehensible”;

4) Mene then breached a second court order (to which it had consented) by failing to produce a responding motion record by February 14, 2020; and

5) As part of its record, Mene has made inappropriate and irrelevant references to Ms. Humphrey’s personal life, which the court found “troubling”.

Humphrey argued that Mene’s conduct is consistent with a litigant who sees itself as above the rules and the court agreed.

When determining the range of punitive damage, the court considered the following case law: $50,000 in Strudwick v. Applied Consumer & Clinical Evaluations; $50,000 in Morison v. Ergo-Industrial Seating Systems Inc.; $500,000 in Galea v. Wal-Mart Canada Corp; $100,000 in Ruston; and $25,000 in Mastrogiuseppe v. Bank of Nova Scotia. The court was satisfied that Humphrey is entitled to punitive damages in the amount of $25,000 based upon the above range and comparison to the facts in the above cases.

It is important to get an employment lawyer to conduct a contract review and ensure things are written more favourably prior to making any moves or parting ways with your employer. For more information on, see negotiating executive compensation. Although Humphrey’s Employment Agreement contained a without cause termination cause, the court ultimately found it to be unenforceable. Simply because a contract purports to limit your rights does not mean it is so. Contracts have defects, and sometimes these defects can be fatal to a clause’s validity.

The experienced, specialized employment lawyers at Monkhouse Law leverage their expertise to best represent your interests. For more information or to discuss your rights and potential options when negotiating your employment contract, compensation plans, or severance agreements, contact Monkhouse Law today at 416-907-9249 or fill out this quick form.