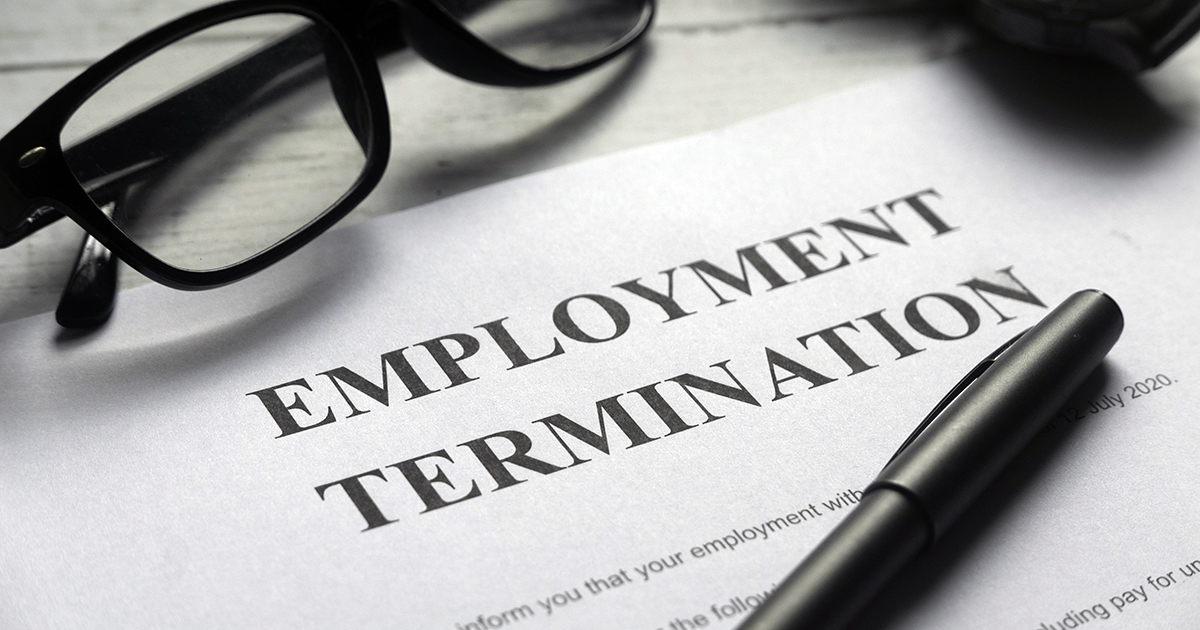 Employees often assume that if their employment ended due to their own mistakes, they are not entitled to severance pay. However, the recent case of Abrams v. RTO Asset Management, 2020 NBCA 57, out of the New Brunswick Court of Appeal, demonstrates that once the employee is terminated without cause, it will be difficult for employers to then claim that the employee should have been terminated for cause and not entitled to severance pay.

Monkhouse Law has handled many employment cases like this. An employer will dismiss an employee without taking the proper legal steps and then scramble to show that there were reasons for firing once they are presented with a lawsuit. In Mr. Abrams’ case, showing “just cause” after the fact was not enough to avoid the employer’s legal obligations.

Mr. Abrams had a 30-year long employment history with RTO Asset Management (“RTO”) but made some poor choices toward the end of his tenure. He started working in 1987 for a company that was bought by RTO in 1991 and worked for RTO until 2017. He worked continuously with the exception of two leaves of absence due to stress-related to his position. After both leaves, he returned to the company with reduced responsibilities.

In 2017 it came to light that he had been engaging in a romantic affair with a store manager, made business decisions to benefit her, gave her inside information about the company, supervised her for a year while secretly in a relationship, did not report the relationship, and had lied when questioned about the relationship.

However, in the meeting where he was terminated for doing so, Mr. Abrams was also told that the termination of his employment was without cause. He was given a letter stating that while there was just cause for his termination, he was being terminated on a without cause basis.

The Court agreed that there was indeed just cause for Mr. Abrams’ termination. However, the employer could not rely on just cause once they had terminated the employment on a without cause basis.

Employers Can’t Have It Both Ways

Several facts indicated to the Court that Mr. Abrams was terminated on a without cause basis.

The way the Court treated one sentence from Mr. Abrams’ termination letter is important for all workers. The letter said, in regard to the termination for his behaviour, “without prejudice to our ability to take the position that your employment has been terminated for just cause, the Company has decided to terminate your employment, effective immediately, on a without cause basis.”

Many workers are led to believe that a sentence like this is for their benefit so that they can collect employment insurance and that if they challenge the termination package offered in any way, the employer can simply reverse their decision and say that the termination was for just cause. This is a misunderstanding of the law. The reality is that termination for just cause is a very high standard to meet. While not discussed in the case, at common law, “just cause” does not stem from purely how “bad” the behaviour was, but whether the behaviour was so egregious that the employment relationship could not continue.

The Court explained that the employer could not reserve a future right to take the position that the termination was for just cause in the same letter where he was being terminated without cause. Once the termination happened, the causation could not be formulated after the fact. The Court was able to see that this was a tactical approach designed to pressure Mr. Abrams into accepting a “Transition Package”. Workers should always be wary of contracts which say that an employer reserves the right to change a justification for a present act in the future.

Furthermore, the Judge explained that even if there was just cause for the termination, the letter given did not meet the in-writing requirements under the New Brunswick employment standards legislation. While Ontario does not have a written reasons requirement in our Employment Standards Act, a letter without reasons for dismissal would likely be found by an Ontario court to not meet the high standards required for a “just cause” dismissal. Workers in Ontario, therefore, may want to consider a wrongful dismissal claim, even when they received written notice of termination if the language used has ambiguity or reservations in the employer’s favour.

This case is an excellent reminder that employees should read very carefully any letters given at termination and consider meeting with an employment lawyer for a second pair of professional eyes.

Having failed to show just cause, the employer tried to argue that Mr. Abrams had a termination clause in his 2012 employment contract which limited his entitlement to the four weeks stipulated in the New Brunswick employment standards legislation.

However, RTO’s employment contract had an invalid termination clause which stated that the company was not obliged to make any other payments beyond termination entitlements. The clause effectively tried to contract out of paying vacation pay and any outstanding pay at termination, which were also required under the legislation. Citing Ontario case law, the Court found the entire clause to be void for attempting to contract out of statutory entitlements. Thus, the Court was not bound by that clause for determining Mr. Abrams’ award.

Once the employer had failed to convince the Court that the termination had been for cause and that the amount due was limited by contract, it tried to pay less by arguing that he had only been employed with the company for 15 years, from when he returned from his first medical absence and signed a new contract. Showing a new contract was not enough. The employer had to convince the Court that Mr. Abrams had wanted to quit and that his behaviour reflected that of a person who did not want to seek further employment with RTO. In reality, he took time off due to job-related stress and anxiety with the hopes that he could return to work with accommodations for his medical condition.

It is worth noting that in Ontario’s Employment Standards Act, time spent on leave is included for determining a worker’s period of employment.

The Judge awarded Mr. Abrams $304,234, the equivalent of salary and benefits for 24 months, less the four weeks already given by the employer. In reaching this amount, the Judge considered his age (55), his length of service (almost 30 years), the very few comparable jobs in New Brunswick, a very strict non-competition clause in his last contract and what courts had previously found in similar cases. All of these factors lent to a longer period of notice.

Workers should be aware that the alleged “just cause” for Mr. Abrams’ termination was not a consideration for the Court. That is because Courts make their calculations based on the amount of time that it would take a person to find a similar job, not the reasons why they were terminated.

If you have been fired for “just cause”, you may have a wrongful dismissal case. Employment lawyers at Monkhouse Law are experienced in matters of termination and wrongful dismissal. You may be entitled to more than you were led to believe. Contact us for a free 30-minute phone consultation.