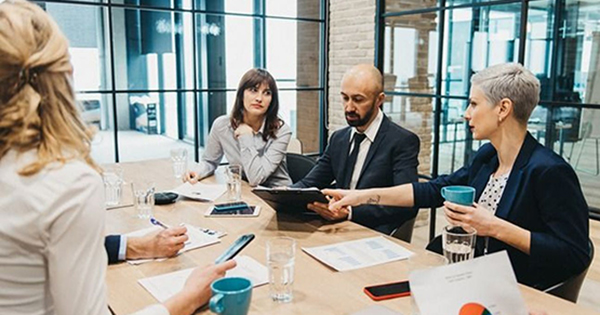 Unions often provide valuable protection for workers, but like any other institution, unions are not infallible. They sometimes make mistakes that harm a member’s rights.

In such a situation, the member may be in a quandary as to how to proceed. Should she go to court, or should she place her claim before the Ontario Labour Relations Board (“OLRB”)? A recent decision on a jurisdictional motion before a Deputy Judge in Eklund v. ACTRA Performers Rights Society has helped clarify this question, in a case where the union member was represented by Monkhouse Law. The judge ruled that the court has jurisdiction.

Issues of Jurisdiction: Regular Courts versus the Specialized OLRB

The OLRB is a specialized tribunal dealing with labour relations issues where employees are represented by a union in a collective agreement with the employer.  A union member who has a dispute with her employer about any kind of mistreatment relating to her pay or working conditions is required to go before the OLRB.  The Labour Relations Act states that regular courts have no jurisdiction over such matters, and they must be decided by the OLRB.

That still leaves open the question of what to do when the dispute is not with the employer, but with the union itself.  The Labour Relations Act provides that a union has a “duty of fair representation” towards its members.  The Act states that a union “shall not act in a manner that is arbitrary, discriminatory or in bad faith in the representation of any of the employees.”

This means that the union must not unfairly favour one type of member over another in representing them in negotiations with the employer.  If a member claims that the union has violated its duty of fair representation, that is also a matter that must be brought before the OLRB according to the Labour Relations Act.

However, past decisions of the OLRB itself have observed that unions have a variety of other functions besides just representing their members before the employer. If a member is upset by something the union has done in some other capacity, that falls under the jurisdiction of regular courts rather than the OLRB.

It is important for a person who has such a complaint to pick the right forum, or she will be wasting considerable time and expense.  Somebody who brings her case to the OLRB, if the matter is not within the OLRB’s jurisdiction, will have the case rejected by that tribunal. There is even a risk that a limitation period will have expired, and she will have lost her opportunity to file a claim in court.

The plaintiff, Carrie Eklund, occasionally works as an actor in motion pictures.  She is a long-time member of the defendant union, the Alliance of Canadian Cinema, Television and Radio Artists (“ACTRA”).

ACTRA has a division called the ACTRA Performers’ Rights Society (“PRS”).  The PRS receives bulk payments from producers of motion pictures and distributes them to actors according to their participation in the motion picture.  Unlike the situation with most other kinds of employees, in this situation it is the union itself, rather than the employer, that calculates and provides payments to its members.

In 2014, the plaintiff appeared in a motion picture entitled The Witch, a historical drama of the supernatural set in 17th century New England. This was a critically and commercially successful production with worldwide gross revenue exceeding $40 million.

PRS distributes Use Fees earned on production to actors on the basis of Units. Units are calculated by dividing the performer’s Gross Fee by a factor. The plaintiff believes that PRS miscalculated her Gross Fee.  She went to the Small Claims Court, seeking an amount of $11,500.

The defendant ACTRA argued that the court has no jurisdiction to deal with this issue, as it is a question about whether ACTRA has fairly represented the plaintiff.

In rebuttal, the plaintiff pointed out that her claim is not about how the union is representing the member vis-a-vis the employer (who is the motion picture producer).  Here, the union is acting in the distinct and separate role of a payroll service provider, and the plaintiff’s complaint is about the manner in which it is carrying out that function.  Unions do sometimes act in this role of payroll distribution, in situations where members work for many different employers on small, short-term jobs.

The judge sided with the plaintiff Eklund, rejecting the defendant’s argument:

The judge was particularly impressed by a previous ruling of the OLRB itself, that noted the limited scope of what is included within the duty of fair representation:

A number of similar cases could be cited from the OLRB.  The OLRB has consistently refused to extend the definition of the duty of fair representation into matters properly characterized as internal union affairs because representational rights with respect to an employer are not involved.

The judge’s decision recognizes that when a union has mistreated its own members, it is subject to claims brought in court.  That is significant because it means that it is possible for a group of union members to get together and launch a class action against a union in Superior Court.  It may be uneconomical to pursue small claims on an individual basis, and therefore a class action can be an important means of access to justice.  A class action would not be possible at the OLRB, and therefore the finding that the matter is not within the OLRB’s jurisdiction could make a class action possible.  The Screen Actors’ Guild performs similar pay distribution functions in the United States, and it has been the subject of class actions; one of these led to a settlement in which it compensated for underpaid royalties.  Another class action against that union by musicians is ongoing.

About the Author: Peter Spiro is an Employment Lawyer specializing in the area of class actions. Class actions create access to justice for people who would otherwise not have the bargaining power to stand up for themselves.