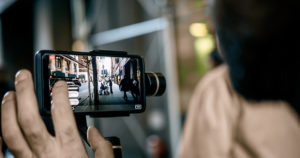 When visiting a business, a customer generally has a reasonable expectation of privacy, namely that they will not be video recorded or photographed except for security footage purposes. In R v Jarvis, 2019 SCC 10, the Supreme Court made a clear distinction regarding expectations of privacy depending on the circumstance. Chief Justice Wagner wrote that “individuals expect that they will be captured by video surveillance in certain locations” and that they “reasonably expect not to be the subject of targeted recording”.

In Durant v Aviation A. Auto Inc, 2019 NBQB 214, a service advisor of Audi Moncton for 34 years was terminated with cause for repeatedly taking secret photos and videos of female clients and distributing them to co-workers. In August 2018, Mr. Durant took one video of a female client with his work issued tablet computer and a second video and photo on his personal cellphone. He showed both videos to several co-workers while making derogatory and inappropriate comments. He later texted the photo of the client to another co-worker.

Mr. Durant acknowledged taking the videos but claimed that it was to protect himself and fellow employees from accusations of misconduct from an “agitated and intoxicated client”. The Judge did not accept this justification.

Mr. Durant had previously engaged in similar incidents for which he was given verbal and written warnings. In November 2014, Mr. Durant was advised that similar conduct (i.e. taking pictures and/or videos of female clients) could result in disciplinary action, including termination of his employment.

Mr. Durant’s misconduct was clearly very serious, resulting in termination with cause. To determine whether Mr. Durant’s actions met the high threshold for just cause, the Court used the following three-part legal test:

1. Mr. Durant’s conduct was serious. Multiple employees came forward stating that he mocked the customer’s appearance and that the video was for nonwork-related purposes. Additionally, Mr. Durant took no responsibility and did not apologize for his actions.

3. Mr. Durant’s misconduct was very serious as a standalone incident. The degrading comments and invasion of the female client’s privacy was contrary to Mr. Durant’s obligations of his employment. This incident was made more egregious when his previous misconduct was taken into consideration.

After considering the misconduct, the Court determined that Mr. Durant’s termination was justified due to a severe invasion of privacy, the derogatory comments made, and the existence of previous similar incidents. Mr. Durant’s behaviour had the ability to harm Audi Moncton’s business and reputation. His misconduct “struck at the very heart of the employment relationship, thereby giving rise to its breakdown”. Perhaps there would have been a different outcome if Mr. Durant had taken accountability for his actions or if it was only a single incident.

If you are an employee who has been terminated with cause or an employer in a situation like this or you’re planning to terminate an employee with cause, it is important that you consult with an experienced employment lawyer. Call Monkhouse Law today for a free 30-minute phone consultation.