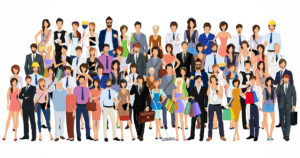 The British Columbia Court of Appeal recently overturned a lower court’s ruling that a class action should not be certified regarding a number of employee’s alleged breach of contract due to a wage freeze.

The representative plaintiff, Ms. Service, was employed by the University of Victoria as a “management excluded employee” (MEE). According to the terms and conditions of MEE’s employment, they were promised yearly salary increases. In September 2012 the British Columbia Ministry of Finance announced a freeze of public sector employees. The government of BC issued a decision to freeze all public sector management employees’ salaries. The freeze included the MEEs.

Ms. Service brought an action and applied for certification as a class action. The trial judge reviewed the five criteria for a class action under the Class Proceeding Act (CPA), that: the pleadings disclose a cause of action (s. 4(1)(a)); there is an identifiable class of two or more persons (s. 4(1)(b)); the claims of the class members raise common issues (s. 4(1)(c)); a class proceeding would be a preferable procedure (s. 4(1)(d)); there is a representative plaintiff who would fairly and adequately represent the class, does not have a conflict, and has produced a plan for the proceeding (s. 4(1)(e)). The judge dismissed the application finding that not all the issues are common issues and accordingly class proceeding would not be a preferable procedure.

The Appellant appealed the dismissal of her application to certify her claim as a class action. She sought to bring a class action on behalf of certain University employees after the University implemented a direction by a provincial Minister to impose a salary freeze. The appeal court held that the action be certified as a class action and remitted to the trial court.

The Court of Appeal noted that there were significant common issues amongst the class members regarding whether the Minister’s freeze was a lawful excuse for the University to not perform the terms of MEE’s position as well as other common issues like whether the terms and conditions were unilaterally breached by the Defendant with the University’s notice that it was abiding by the freeze. The Court also noted that the determination of damages are not complex individual issues but instead would be measured by salary increases that did not occur due to the alleged breach of contract. Had the claim been for constructive dismissal, which gives rise to an individualized assessment of notice and mitigation issues, the damage determination would be far more complex and distinct on a per person basis. In sum, a class proceeding was a clear preferable procedure.

The competition between politics, employment laws, and various interests will make this case an interesting one to watch.

Monkhouse Law is a workplace law firm that aide both employees and employers with all their workplace issues. Contact us for a free 30 minute phone consultation today.