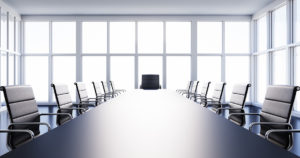 The case Halupa v. Sagemedica Inc. 2019 ONSC 7411 (“Halupa”) dealt with whether or not an employer can be found personally liable for damages for wrongful dismissal, vacation pay and punitive and aggravated damages.

The Plaintiff in Halupa was a PhD in Cell and Molecular Biology and Medical Biophysics that worked at a company called SAGE Medica for 5 years. The company had a sole director, who incorporated a new company, SAGE Renegade Inc. 4 years into the plaintiff’s employment.

On February 1st, 2019, the director wrote to the plaintiff on behalf of the company, letting her know that by February 15th her salary of $102,000.00 would be reduced to $88,000.00 and her position would be adapted to 80% of its current capacity. When February 15th arrived, the plaintiff received no payment at all and was terminated from her employment with SAGE Medica.
The director then provided the plaintiff with an invoice for service she was to provide the second company, SAGE Renegade Inc. after February 15. This was done seemingly in an effort to switch the Plaintiff’s classification under the company to that of an independent contractor. On April 15, 2019, the Plaintiff was terminated from the second company. She never received a termination letter, nor notice or pay in lieu of notice for her termination.

The Defendant corporations did not respond to the Statement of Claim and were noted in default. The Plaintiff brought a motion for default judgment against the two defendants.

The court was required to assess whether the Plaintiff was owed damages and the applicable categories of these damages. The most pressing question, however: did liability rest only on the two companies, or could the sole director be found personally liable?

The court found that the two corporate entities, SAGE Medica Inc. and SAGE Renegade Inc. met the definition for ‘common employers’ as there was common control, and both entered into an employment relationship with the Plaintiff.

The court also found that, despite the late attempt by the director to reclassify the plaintiff as a contractor, she was, in fact, an employee and entitled to wrongful dismissal damages. Punitive and aggravated damages in the amount of $55,000.00 were awarded to the Plaintiff for the Defendant’s actions in reducing her pay, attempting to reclassify her employment, paying her late, and terminating her without notice.

The more contentious question for the court remained whether or not the director should be personally liable for the aforementioned damages. While employment and corporate laws do not impose personal liability for wrongful dismissal damages on their face, Courts have held the director’s personally accountable in using the oppression remedy via the Ontario Business Corporations Act.

In context to s. 248(1)(c) of the OBCA, the Plaintiff in Halupa qualified as a creditor, as she faced a situation in which oppressive conduct was initiated after dismissal.

The court looked in particular at a case with similar circumstances to that of Halupa: El Ashiri v. Pembroke Residence Ltd., 2015 ONSC 1172. In this case, two plaintiffs were determined to have been constructively dismissed as they had not been paid for a long time. The defendant company was directed by one man, much like the situation in Halupa. The court in El Ashiri found that the plaintiffs were entitled to damages against this director, pursuant to the OBCA oppression remedy, as their expectations of payment were eminently reasonable, and the director had benefitted directly from their labours.

Using definitions from El Ashiri, the court found that the plaintiff Halupa too had “eminently reasonable” expectations that she would be paid for the work she had done.

In order to make a similar finding to El Ashiri, the Court needed to determine whether or not the director had benefitted from conduct. The court in Halupa also followed the two-pronged approach set out by the Supreme Court in Wilson v. Alharayeri, [2017] SCC 39.

First – The conduct must be properly attributable to the director because they are implicated in the oppression; and

Second – The imposition of personal liability must be fit in all the circumstances; meaning what overall effect the conduct had on both parties and the overall fairness of the situation.

With respect to the second prong of the analysis, the Court found that because the director had incorporated a second business and reallocated funds accordingly while failing to pay the plaintiff, he had placed his personal interests over those of the business’ employees. The overall effect of this was unfair to the Plaintiff, meaning that the imposition of personal liability onto the director was fit. Essentially, the prioritization of personal interests and the ability of the director to benefit personally from not paying the Plaintiff meant that the imposition of personal liability directly suited the situation.

Personal liability on the director provides the Plaintiff with more avenues to collect against the operating minds of a corporation.

This blog has previously commented on personal liability of directors of these types of damages:

As well as the case of Ricci v Chippingham Financial Group Ltd., 2017 ONSC 6958 (CanLII) which can be read here.

In the employment context, these cases demonstrate the expansive liability of corporate directors who ignore their employment law obligations.