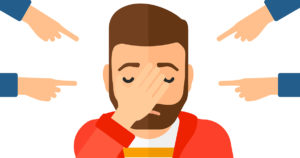 Workers in Ontario have a high standard of legal protection. If they are dismissed, they are almost always entitled to notice or monetary compensation in place of notice. The exception is when they are dismissed for just cause. Just cause for dismissal is rare. It requires deliberate misconduct on the part of the employee, rather than merely being bad at doing the job.

Accusations of Theft Against Employees

One situation where an employer would have just cause to fire an employee would be if the employee committed fraud or theft. However, the fact that the employer suspects theft does not mean that it is true. Employers do sometimes make mistakes in their accusations, which are later corrected by the criminal courts.

Possibly the largest damages awards against an employer in Canadian history was in a situation where an employee was fired over an unjustified accusation of theft, in McNeil v. Brewers Retail Inc., 2008 ONCA 405.  A jury awarded more than $2 million in damages for malicious prosecution, after finding that the employer had withheld evidence from the police that would have exonerated the employee.  In this case, it took that employee a long time to clear his name. He was initially convicted of theft in the lower court, which was reversed on appeal.

An employee who is later cleared of the accusation of theft may feel justified in suing the employer for damages for wrongful dismissal and other related damages. Success is not assured, because the criminal and civil standards of proof are different, as O.J. Simpson learned. Moreover, the slow working of the criminal justice and appeal system creates a pitfall.

The Problem of the Statute of Limitations for Civil Claims

Limitations laws can be a significant obstacle in such cases. Ontario’s Limitations Act, 2002, ordinarily prohibits the filing of a claim for civil damages more than two years after the cause of the damage occurred. It would often take longer than two years for a criminal court decision (and a possible appeal from it, if necessary) to be completed.

There is one provision in the Limitations Act that creates an exception to the general rule, which might appear to lessen the difficulty. This states that a person can start a civil action more than two years after the event if it took longer to discover that a civil action “would be an appropriate means to seek to remedy it.”

There have been some past decisions by Ontario’s Court of Appeal that took a lenient approach to the limitations period. In Presidential MSH Corporation v. Marr Foster & Co. LLP, 2017 ONCA 325, a company wanted to sue its accountant for a mistake in filing its tax return. It was allowed to sue more than two years later because it was considered reasonable for it to exhaust the appeals process with the Canada Revenue Agency before suing the accounting firm.

In another case, Winmill v. Woodstock (Police Services Board), 2017 ONCA 962, the plaintiff got into an altercation with police officers who came to his home to investigate a complaint. He was charged with assault and resisting arrest, but at his criminal trial, he was acquitted. After that, he decided to sue the police for civil damages for negligent investigation and battery, but this was more than two years after the date of the original incident. The Court of Appeal ruled that his claim was not barred by limitations because “it made sense for him to postpone deciding whether to make a battery claim against the respondents until his criminal charges for assault and resisting arrest were resolved.”

In light of those earlier decisions, the most recent decision of the Ontario Court of Appeal may be considered surprising.  It had a negative consequence for the person attempting to sue his former employer.

In Sosnowski v. MacEwen Petroleum Inc., 2019 ONCA 1005, the appellant had been a fuel delivery truck driver.  His employer suspected him of stealing fuel, by using GPS to monitor the places where he stopped the truck.  He was fired for cause and reported to the police. At his criminal trial, he was convicted of theft. However, on the appeal of that decision, the Court of Appeal reversed his conviction.  After that, he decided to sue his employer for damages for wrongful dismissal, but it was now six years after he had been fired. He argued, not unreasonably, that his situation was quite analogous to that of Mr. Winmill.

Somewhat surprisingly, the Court of Appeal rejected this argument.  It placed a great deal of emphasis on the specific wording of the “two sides of the same coin” rationale that was used in Winmill.  The Court held that the earlier decision did not apply to Mr. Sosnowski, because it was a different situation:  he was attempting to sue his employer rather than the police.

In its latest limitations decision, the Court of Appeal has moved away from its previous lenient position. In effect, the Court is telling somebody in this situation, “if you believe in your own innocence, you should file a claim for wrongful dismissal against your employer right away, in the expectation that you will be acquitted by the criminal court.”  Most people would consider this to be an impractical way of proceeding.

One commentator has suggested that there was “no principled basis” for the latest decision of the Court of Appeal, and the issue ought to be taken to the Supreme Court of Canada to be decided.   Until there is clarity from future decisions in this area, people who are in such a situation will face a considerable amount of uncertainty.

Timely legal advice is always the best policy. Contact Monkhouse Law today for a free 30 minute consultation for all your workplace needs and issues.