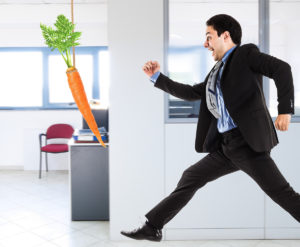 Increasingly employers are compensating employees with share options, restricted share units and other forms of compensation other than wages and cash bonuses. These new trends in employee compensation have implications for employee entitlement at the time of termination.

Although many employers will take the position that only an employee’s base salary is owing through their notice period in the event of termination, the law actually compensates employees for all the wages, benefits and other forms of compensation the employee would have received had they worked through their reasonable notice period. The exception, however, is where the employee has signed an employment agreement that limits an employee’s right to all forms of compensation they received during their employment after termination.

In a recent case, O’Reilly v Imax Corporation, 2019 ONCA 991, the Court of Appeal for Ontario confirmed that unless there is express language in an employment contract or stock option plan or similar document, limiting an employee’s right to compensation for other forms of compensation such as Restricted Share Units, Stock Options during the reasonable notice period, the employer must pay damages to the employee equal to the value of those other forms of employee compensation.

In O’Reilly, the main issue on appeal was whether the employee was entitled to damages for the lost opportunity to exercise stock options during the notice period as well for Restricted Share Units that would have vested during the reasonable notice period had the employee continued working during that period. The employer argued that there was sufficiently clear language in the Long Term Incentive Plan documents such that once an employee is advised of their termination, from that moment forward the employee is no longer entitled to participate in the stock option plan or receive any further awards of RSU’s or receive any benefit from any unvested RSU’s at the time.

Relying on earlier case law, the Court of Appeal found that the language in the Long-Term Incentive Plan (which governed the employee’s rights for both his stock options and Restricted Share Units) did not limit or remove his common law rights. Specifically, the Court stated “[w]hile the language in all the plans at issue, in this case, extinguish the respondent’s right to exercise any unvested awards as of the date of “termination” or when employment “terminates”, they do not establish, in unambiguous terms, when the date of termination is or when employment terminates.” In other words, is the employee terminated as of the date he/she has communicated the termination OR is the employee terminated upon the cessation of their notice period?

If you have been terminated from your employment and your employer is relying on a termination clause which purports so govern your entitlements on termination, it is important you consult with a lawyer. Call Monkhouse Law today for a free 30-minute phone consultation.