Posted by Alexandra Monkhouse | filed in Posts no comments
Tags: 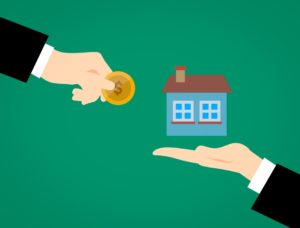 In Manthadi v. ASCO Manufacturing, 2019 ONSC 5572 the Court dealt with the liability of a purchaser of a company when the previous owner paid termination pay and was given a release to an employee.

In the purchase agreement between the former employer and successor employer the Seller warranted that it provided notice of termination to all the employees and agreed to indemnity they purchaser in the event of a claim.

Following the registration of the sale, the Plaintiff continued her work regularly for six weeks before she was terminated for “shortage of work” without a notice. Thus, she sued for wrongful dismissal.

The Plaintiff argued she was entitled to a notice period based on her entire tenure starting from 1981 while the Defendant argued that she was not entitled to notice as she was hired as of the date of the sale and was in her probationary period.

The court disagreed with the Defendant. Relying on Ariss v. NORR Limited Architects & Engineers, 2019 ONCA 449, and ESA 9 (1), the court held that the purchaser should have provided the Plaintiff with a notice stating that it would not recognize her former service.

Furthermore, the court stated that the principles of privity of contract prevented the successor employer from relying on the Settlement and Release Agreement between the seller and the Plaintiff to maintain that the Plaintiff waived all her claims against ASCO.

As a result, the court ruled for the Plaintiff damages representing a notice period of 20 months and costs of approximately $ 12 000.

This case is an important example of the intersection of corporate and employment law, demonstrating the need to have employment counsel when contemplating buying a business.

Many issues arise between employees and employers when a sale is involved. It is important that all 3 parties: the seller, purchaser, and employee all receive legal advice to ensure their rights, obligations and liabilities are not unexpectedly prejudiced.

Monkhouse law specializes in navigating these types of issues in the workplace. Contact us today for a free 30 minute consultation over the phone.