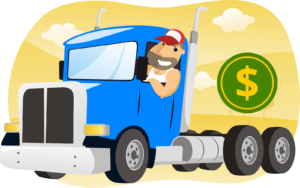 The set of workers in questions were truck drivers, who owned their own vehicles and used them to provide freight services to Motor Express. The drivers were economically dependent on Motor Express who also maintained significant control over the drivers: including requiring them to accept work, display Motor Express branding, be apart of benefit plans, approving vacation days or disallowed subcontracting.

Despite the significant control, Motor Express argued that specific emphasis should be placed on the parties’ intention to create an independent contractor relationship.

The Board rejected this submission and instead relied on a previous decision of Canadian Labour Congress, Chartered Local Union No. 1689 v. Algonquin Tavern, [1981] O.L.R.B. Rep. Aug. 1057, 1981 CanLII 812 (ON LRB) (“Algonquin Tavern”) which set out the following factors are to be considered when making the determination:

(i) the use of or right to use substitutes; In the present case, the respondent did not permit the owner-operators to subcontract or delegate to others

(ii) ownership of tools and equipment; While the drivers owned the trucks the Board considered this to be a neutral factor and not determinative to establish a proof for entrepreneurship

(iii) evidence of entrepreneurial activity; the Board found that the policies and requirements the drivers worked under deprived them of any meaningful opportunity to pursue independent endeavours using the equipment.

(iv) selling services to the market generally; the drivers had a long relationship with Motor Express which was evidence that they are not able to dispose their skills to other purchasers.

(v) economic freedom (i.e., the right to reject work); the drivers could not reject work nor could they contract with Motor Express’s clients.

(vi) freedom to set prices for the services rendered; there was no evidence that the fees paid to the drivers were the result of negotiation between the applicants and the respondent.

(vii) whether the person is separate from or integrated into the business to whom he or she supplies services; the drivers were providing a service that was integral to Motor Express’s business

(viii) the degree of specialization, skill or expertise involved in the work; The Board found this factor to be irrelevant to the circumstances.

(ix) control of the manner in which goods/services are delivered; Motor Express actively managed and organized the work.

(x) magnitude of the contract amount, its terms and the manner of payment; The board found the factor was not determinative given that the respondent controlled the work to be performed and the compensation terms applied.

(xi) does the person render services or goods or both in a manner similar to how employees do so; the Board noted that the driver’s income and advancement was solely at the hands of Motor Express. Motor Express controlled vacation, made decisions through seniority, and required medical evidence of sick leaves, much like an employer

Overall the board agreed with the union that the drivers were dependent contractors and would be included in the bargaining unit.

Since it was not necessary for the drivers to be recognized as ‘employees’ in order for the union to be successful, the argument centered around whether they met the lower threshold of dependent contractors vs independent contractors. It would seem that there was sufficient evidence that the drivers could also have met the legal test for employees given the amount of control that was found to be exerted over the drivers.

Monkhouse Law provides advice relating to classification of workers, and also practices in all areas of workplace law as well as disability law. If you have any questions about a workplace issue, contract Monkhouse Law today.