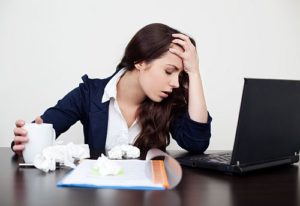 Sometimes disagreements arise between employees and employers over whether there has been a resignation on the part of the employee or a termination by the employer. The law is clear that a resignation must be ‘clear and unequivocal’ otherwise an employer will be on the hook for wrongful dismissal damages.

In Nagpal v IBM Canada Ltd., 2018 ONSC 4548 (CanLII) an employee failed to return to the workplace after his short term disability benefits (“STD”) were denied. While the plaintiff was advised of the option to appeal the insurer’s decision he never appealed. His employer IBM demanded he return to the workplace or he would be considered to have resigned/abandoned his employment. The employee hired a lawyer to communicate with IBM who made it clear he was not resigning but was not well enough to return to work at that time. IBM deemed the employee had resigned or abandoned his employment.

In assessing the facts that Court reiterated that a resignation must be clear and unequivocal. The Court pointed out that many of the letters sent by the employee’s lawyer were not answered as IBM chose to solely rely on the STD information and process which was delegated to Manulife. In the Court’s view, IBM should have done more to obtain further information about plaintiff’s condition. The Court highlighted the similarities between the present case with Lippa v. Can-Cell Industries Inc, 2009 ABQB 684 (CanLII) where an Alberta Court found that poor communication about the employee’s condition could not be relied upon to support a deemed resignation or abandonment. The Court found there was not a clear an unequivocal resignation.

IBM also argued that there was a resignation on the basis that the STD policies were not followed, specifically the employee’s decision not to appeal the STD decision. While this argument appears to be more of a ‘for cause termination’ argument, IBM made the argument to suggest that it was evidence that he intended to resign. The Court found no merit to this argument and held the STD policies set by the insurer which are subject to change – from both the insurer and the employer – did not form part of the employee’s contract and a breach of those policies could not amount to resignation.

The last argument put forward by IBM was frustration of contract. In the event the employee did not resign, IBM argued his contract was frustrated due illness resulting in no likelihood of the employee returning to work. The Court dismissed this argument finding that IBM had very little evidence of the employee’s condition at the time of the deemed resignation and that longer-term illness was contemplated by IBM with the provision of long-term disability benefits to its employees. As such, there was no frustration.

In sum, the employee had not resigned nor abandoned is job and instead was deemed by the Court to be wrongfully dismissed.

Monkhouse Law is law firm practicing in employment and disability law. If you are experiencing any issues similar to the employee in the above case, it is important to receive legal advice as soon as possible. Contract Monkhouse Law today for a consultation.