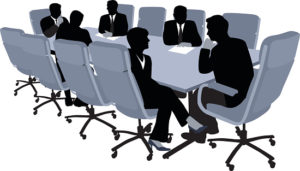 The Ontario Superior Court of Justice recently provided default judgment in favour of an ex-employee which touches on personal liability of directors.

The employee in this scenario, Churchill, worked at the Defendant from July 2009 to March, 2016. There was only one director and President, Duns, which was also Churchill’s common law partner. Churchill was terminated due to the breakdown of their relationship. Subsequent to Churchill’s termination all the assets of the company were transferred to another new company and the old company ceased to operate. Neither company nor the director defended the action.

The employee brought a default judgement motion for unpaid wages and vacation pay, damages for wrongful dismissal as well as punitive and aggravated damages.

Due to the noting in default all the allegations in the statement of claim were deemed to be true, however in order to be successful on default judgment the plaintiff is still required to produce evidence and demonstrate that there should be judgment on the claim as a matter of law.

The principle issue on the default judgment motion was whether there was enough facts and evidence to support a claim for personal liability against Duns.

The Court found that the Plaintiff was successful in satisfying the court that she was a ‘creditor’ within the meaning of s.248 of the Ontario Business Corporations Act which allows for personal liability through the ‘oppression remedy’.

The Court cited recent case law including: in Wilson v. Alharayeri 2017, where the Supreme Court set out two requirements for an oppression remedy. First, the complainant must “identify the expectations that he or she claims have been violated by the conduct at issue and establish that the expectations were reasonably held” (BCE, at para. 70). Second, the complainant must show that these reasonable expectations were violated by corporate conduct that was oppressive or unfairly prejudicial to or that unfairly disregarded the interests of “any security holder, creditor, director or officer”.

The Court found that the common law partner, Duns acted oppressively by transferring all the assets out of the corporation with a view to not avoiding payment and thus awarded personal liability for the entire judgment.

Finding personal liability on the director the court awarded:

It is notable that the Court found that punitive damages were not awarded as it was found that the personal liability was punishment enough.

While this case was undefended, and thus the court did not have the benefit of any opposing facts or legal arguments, it allowed an award of personal liability and an easier path for the plaintiff to collect on the judgment.  When discussing director liability to past employees, typically the discussion is around unpaid wages only, however this instance is an example of much greater liability.

Monkhouse Law practices in workplace and disability law. If you have any questions, contact us today for a consultation.