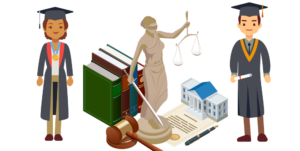 In an interesting but unfortunate intersection between the difficult process to becoming a lawyer and employment law, a BC court awarded significant damages against an employer for misusing his power over an articling student.

Articling is the process that most law students have to complete in order to become a licensed lawyer in addition to completing the bar exams. In Ontario in the last several years, there has been a recognized articling ‘crisis’, where the number of articling candidates is exponentially increasing at a much quicker rate than the availability of articling jobs. For example, a report published last year by the Law Society of Ontario, found that there are between 200 to 300 students who were not successful in securing an articling job prior to the August/September deadline – the beginning of the typical cycle for articles. (see the report at https://lawsocietyontario.azureedge.net/media/lso/media/legacy/pdf/c/convocation-professionaldevelopmentcompetencecommitteereport.pdf)

The Law Society of Ontario has tried to ease the crisis with the implementation of the Law Practise Program (LPP), whereby law students can complete a course through Ryerson with a 4-month law firm placement instead of the need to complete the 10-month articling requirement. The difficulty with this is that articling is seen as more desirable particularly with an opportunity to have a 10-month paid articling experience and the increase of law students with high levels of debt.

While the above numbers are specific to the Ontario articling program, a similar issue is occurring across the country. A recent British Columbia case is an example of just how poorly things can go when the imbalance of power is so large.

After 4 months of employing his student, Doroshenko started a civil action upon finding a ‘driving blog’ he suspected was being written by his articling student and believed it to be in direct competition with his firm. Doroshenko opted to inform her of her termination at the same time as serving his claim against her, in front of her entire articling class. The articling student counter-sued from wrongful dismissal.

The Court dismissed all of Doroshenko’s claims against his past articling student and awarded Ms. Ojanen significant damages including the balance of her articling term (8 months) and $50,000 in aggravated damages.

Some of the findings of fact which played a part in the Court’s awarding of damages includes:

The Court found the consequences of the litigation on Ms. Ojanen were very severe both professionally, personally and financially. Specifically at the time of trial she was still not a licensed lawyer and continued to suffer emotional consequences. It is also worth noting that Ms. Ojanen represented herself at the trial.