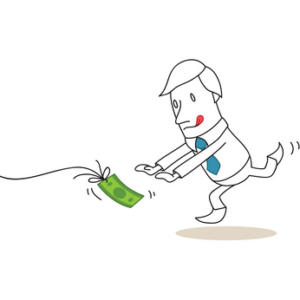 While traditionally one will find employee-employer relationships in the workplace, the reality is that workers sometimes find themselves categorized instead as contractors. Many disputes arise due to these (mis)categorizations, and it is a highly litigated area of employment law.

Courts across Canada have struggled with this categorization and have developed legal tests to determine the status of workers, labelling them either employees, contractors or, the middle category, dependent contractors. Each province has developed their own jurisprudence in this regard. Ontario once in line with other province’s legal reasoning has clarified and departed from its previous legal test. A recent case seems to employ a higher threshold when finding the middle category of dependent contractor.

The progression of this change is discussed below.

The Labour Relations Act, 1995 defines a “dependent contractor” as:

a person who performs work or services for another person for compensation or reward on such terms and conditions that the dependent contractor is in a position of economic dependence upon, and under an obligation to perform duties for, that person more closely resembling the relationship of an employee than that of an independent contractor.

Until recently, in Ontario there were two important and leading cases which outlined the legal test for determining whether someone is a dependent contractor. The 2009 Ontario Court of Appeal case of Mckee v. Reid’s Heritage Homes which ruled that a dependent contractor is characterized by a “certain minimum economic dependency, which may be demonstrated by complete or near-complete exclusivity.” Exclusivity was then further clarified in the 2016 Ontario Court of Appeal case of Keenan v. Canac Kitchens Ltd. that judges must determine exclusivity by considering the workers full working history and determining the level at which the worker was economically dependent on the company.

Therefore, one could have categorized the law in Ontario as involving a two-step process for determining dependent contractor status:

However, a recent and surprising decision from the Ontario Court of Appeal imposed a higher threshold for the second step of the test. This recent decision is the 2019 case of Thurston v. Ontario (Children’s Lawyer), in which the Court articulated that in order to be economically dependent on a client, the client must represent “substantially more than a majority” of the contractor’s income.

Some brief facts of the case are as follows:

The contractor was a member of the Ontario Children Lawyer’s Personal Panel (“OCL Panel”). She was first appointed to this position in 2002 for a two-year period; for the next 13 years the contractor was reappointed every two years as each contract expired. While working for the OCL Panel, the work with the OCL accounted from on the low end 14.8% of her annual billings to a high of 62.6%. This resulted in an average of 39.9% of her billings over a 13-year period. In 2015 the Contractor was given notice that her retainer with the OCL Panel was not going to be renewed and she had one year to finish ongoing files.

The Court ruled that in order to be economically dependent the client company must represent substantially more than a majority of the contractor’s income. Even a loss of almost 40% of annual billings was not enough to substantiate a claim that this contractor was a dependent contractor. The Court went so as far to say that while near-complete exclusivity should not be reduced to a specific number to be determinative of the dependent contractor status, “near-exclusivity necessarily requires substantially more than 50% of billings”.

Thurston is a surprising clarification for the Court with potentially significant ramifications for workers. Both McKee and Keenan did not put hard caps on how much a contractor should be receiving from a company in order to be deemed a ‘dependent’ contractor and thus receive reasonable notice of the termination of their contract. Moreover, these cases specifically acknowledged that dependent contractors are not likely reliant on only one company.

Thurston suggests that a contractor can only be mostly dependent on one company, given the 50% or more of income is required to meet their definition of ‘exclusivity’. This decision does not appear to be reflective of the practical realities when a worker may start to ‘depend’ on the income from a certain source. The law was intended to protect workers that rely on a certain portion of their income to consistently come from a specific source, causing them hardship if that relationship was ended immediately with no notice. From a practical perspective, a worker will likely feel a significant loss, and impaired ability to meet their financial obligations, upon losing much less than 50% of their income.  Placing a high threshold could have significant ramifications for the status of dependent contractors in Ontario.

Not only is Thurston a marked departure from previous case law it is also starkly different to the progress case law is taking in other provinces. To show this distinction, an examination of British Columbia’s current test for employment status provides some clarification.

Examining the Status of Dependent Contractors in British Columbia

British Columbia like Ontario before the Thurston decision places a heavy reliance on the true nature of the working relationship to determine the status of the relationship. Considering traditional common law tests the Court also emphasized that as society and employment relationships evolve the Courts must adapt. In Marbry at. Al. v. Avrecan International Inc., Justice Braidwood of the British Columbia Court of Appeal suggested that a non-exhaustive test would look to the:

Furthermore, it was acknowledged that not all these factors should be considered conclusive and it is not a rigid test in the sense that all need to be present. Again, it is the true nature of the relationship that is important.

British Columbia’s jurisprudence has trended in the direction of inclusivity through the articulation of other factors that could be considered when determining whether a dependent contractor relationship exists. In the case of Glimhagen v. GWR Resources Inc. the court included other factors which adds context for what to look for when determining a dependent contractor relationship.

It would seem to be more congruent with the public policy reasons for the intermediate category to have a more flexible test to ensure the purpose of the test remains relevant to the realities of the workplace and the rise of the gig-economy.

Monkhouse Law is an employment and disability law firm helping people navigate workplace issues. If you have any questions about the classification of your workforce or your own classification, please contact Monkhouse Law today.