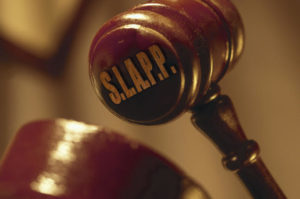 Monkhouse Law was recently successful in an “anti SLAPP” motion to dismiss a counterclaim brought against one of its clients under section 137 of the Court of Justice Act. The term SLAPP stands for “strategy lawsuits against public participation”. The counterclaim was brought by Allstate Insurance Canada Corporation against Medha Joshi after she commenced a wrongful dismissal action against it.

Section 137 of the CJA provides a mechanism for individuals who are sued on account of an expression they made, related to the public interest, to dismiss the law suit quickly. The rationale behind the legislation is to encourage discourse on matters of public interest and to limit law suits that attempt to restrict same.

After starting her wrongful dismissal action, Ms. Joshi spoke to the media about it and particularly about her claim that Allstate terminated her after she spoke out against a potentially discriminatory practice whereby Allstate foreboded its Milton location to sell to residents of Brampton, Ontario. Afterwards, Allstate counterclaimed against her for defamation and injurious/malicious falsehoods due to the expressions made to the media.

In order for a Court to dismiss a law suit that was brought on account of an individual’s expression it must find that:

Justice Kimmel found that Ms. Joshi’s expressions related to a matter of public interest because they engaged the already ongoing debate regarding postal code discrimination. She noted that the expressions furthered the debate because Ms. Joshi alleged that Allstate’s practice was motivated by racial undertones. Ms. Joshi alleges that the community of Brampton is largely comprised of racialized minorities and Milton’s branch was restricted from selling to that location due to the high volume of insurance fraud that occurs there.

The Court also found that Ms. Joshi’s expressions to the media were, in effect, a recitation of her allegations contained in her wrongful dismissal action against Allstate. Due to this, Ms. Joshi had valid defences of qualified privilege and fair comments. Justice Kimmel found that Ms. Joshi felt she had a social/moral duty to make the expressions and that they were not made maliciously.

Given that Ms. Joshi had valid defences to Allstate’s counterclaim, the Court did not need to examine the last part of the test which weighs Allstate’s potential harm caused by the expression versus the interest in protecting freedom of expression. However, the Court did point out that Allstate “did not make any effort to show […] monetary or reputation damages it is likely to suffer as a consequence of the impugned expressions.” Due to this, Justice Kimmel suggested that even if the weighing analysis was necessary, the alleged harm suffered by Allstate was not sufficient to outweigh the interest of protecting Ms. Joshi’s freedom of expression.

Given the above, Justice Kimmel dismissed the entirety of Allstate’s counterclaim, which claimed in excess of $700,000.00 against Ms. Joshi. The law of anti-SLAPP motions are still developing and it will be interesting to see how the Supreme Court of Canada interprets it once it rules on the appeals that have made its way there. The motion is another example of the power imbalance that exists between employers and employees. It demonstrates the importance of contacting a lawyer if you find yourself involved in any form of dispute with your employer.