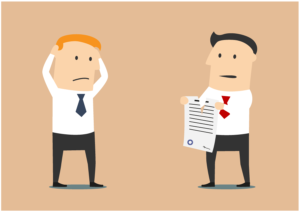 In Swampillai v Royal & Sun Alliance Insurance Company of Canada, 2019  ONCA 201 (CanLII), the Court recently overturned a determination on summary judgment, which initially refused to allow an employer to enforce a release signed upon termination when that termination letter also released them from claims for long term disability benefits.

In coming to its determination that the release could not be relied upon by the employer, the Court outlined that there are 4 elements for unconscionability:

1)the transaction was grossly unfair and improvident;

2)The alleged victim did not have independent legal advice or other suitable advice;

3) There was an overwhelming imbalance in bargaining power caused by the alleged victim’s ignorance of business, illiteracy, ignorance of the language of the bargain, blindness, deafness, illness, senility or other similar disability; and

The Court noted that there is an inherent imbalance of power between an employee and an employer but that is not enough to satisfy the 3rd step of the test. Instead in this instance the Court found that suffering from health issues and a vulnerable financial position created an overwhelming imbalance of bargaining power. The Court particularly noted that if the employee did not sign the release the termination letter said he would only receive the minimums under the Employment Standards Act, 2000 (a common term in termination offers).

For the last step in the test the Court found that the employer took advantage of the employee’s vulnerability. The Court noted that the employer must have known that the administrator’s decision on the long term disability benefits was not final until a later date, they knew the employee disagreed with the determination and made no effort to alert him to the term in the release or ask him if he intended to pursue that claim.

The Court ultimately determined that the employee could pursue him claim for long term disability benefits despite the signed release.

The Court of Appeal unanimously overturned the decision, saying that whether the release was enforceable or not would require a full trial. While the employer was successful on appeal, they ultimately were unsuccessful at avoiding a full trial by bringing an unsuccessful summary judgment motion.

While it remains to be seen whether the release will be enforceable related to the long term disability benefits, this decision highlights that it is paramount for an employee to receive legal advice prior to signing a full and final release.

This decision also highlights the additional sensitivity that should be used when dealing with an employee who may also be under a disability. While care needs to always be taken when terminating employees, it is particularly important when the circumstances are further exacerbated by an employee experiencing health issues

Should you have questions about a document your employer is requesting you sign, you should receive legal advice first. Contact Monkhouse law today for a free consultation.