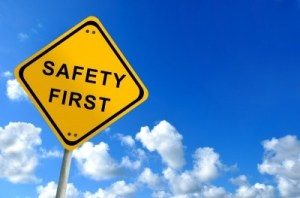 Employers cannot terminate an employee because they have attempted to exercise a right under the Occupational Health and Safety Act as is also the case under the Employment Standards Act and the Human Rights Code. If an employer does this, it amounts to a reprisal for which a Court, Board or Tribunal can award compensatory damages.

In Knapp v Greenbank Custom Woodworking Ltd, 2018 CanlII 107787 (OLRB), the Applicant, David Knapp was terminated from Greenbank after he complained about certain health and safety issues at the workplace. Knapp worked as a welder. He complained that the facility where he worked lacked ventilation, guards for saws and sufficient space to weld, among other things.

Mr. Knapp also brought the safety complaints directly to the Ministry of Labour. The Ministry investigated the workplace and found Mr. Knapp’s complaints were justified. In this regard, it made various orders to correct the safety concerns.  One day after he made the complaint to Greenbank, it terminated his employment.

After his termination, Mr. Knapp brought a complaint to the Ministry of Labour pursuant to s. 50 of the Occupation Health and Safety Act. He alleged that he was terminated on account of his safety complaints, and that the termination was a reprisal. The Ministry of Labour agreed with Mr. Knapp and awarded him $25,000.00 for backpay, being wages from the date of his dismissal until the hearing. It also awarded him punitive damages due to Greenbank’s conduct.

The case demonstrates the various legislative protections that are given to employees when they attempt to assert a right under various employment related legislation. It also shows how costly a complaint can be for employers if they reprise against their workers, particularly when the employee seeks backpay and reinstatement.

If you are an employee who has been disciplined or terminated after bringing up issues related to health and safety, human rights or employment standards issues to your employer, it is important to contact a lawyer to understand your rights.