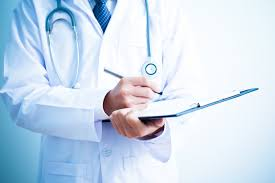 Sometimes there could be an event that significantly changes the reality of the employment relationship but it is not clear whether there has been a frustration of contract and how to deal with non-competition and non-solicitation clauses which survive the relationship.

Ontario’s highest court recently dealt with such a situation involving a clinic that had moved and a doctor who had signed a non-competition agreement.

In ACT Greenwood Ltd. v. Desjardins-McLeod, the recent medical graduate, “Dr. M” agreed to use the clinics of “ACT” in the cities of Brantford and Hamilton, for which “Dr. S” was the principal. In exchange, Dr. M agreed to remit 45% of her OHIP billings to ACT and Dr. S. As part of the non-competition agreement between the parties, Dr. M agreed that should she terminate the contract, she must reassign her patients to another doctor in the same clinic, and she may not agree to work in another practice within ten miles of a clinic operated by ACT for six months after terminating the contract.

However, unbeknownst to Dr. M, ACT’s ability to operate the clinics was due to its agreement with “TRC”. Problems surfaced when ACT and TRC decided to dissolve their agreement. As a result of the dissolution, ACT and Dr. S no longer had access to the clinics at Brantford and Hamilton. They established temporary clinics that competed with TRC’s clinics in Brantford and Hamilton.

The clinic encouraged Dr. M. to come to the new clinics while assuring that her patients will follow her.  Dr. S also offered to transfer some of his own patients to her should Dr. M lose her patients to the previous clinics. Dr M declined and continued to see patients at the original clinic. ACT and Dr. S then sued Dr. M alleging that she breached their contract along with the non-competition agreement.

1. Whether the dissolution of the agreement between ACT and TRC constitutes frustration of contract; and,

2. Whether Dr. M breached her non-competition agreement by refusing to follow ACT and Dr. S to their competitor clinics.

The appeal was dismissed. On the first issue, the Court of Appeal held that for a contract to be frustrated, the change must be radical enough that the contract would become “totally different from what the parties intended” compared to when they initially formed the contract. The Court noted that frustration contemplates “situations where the contract may be both physically and legally capable of being performed but would be totally different from what the parties intended were it performed after the change had occurred”.  The Court of Appeal agreed with the Trial Judge and found the relocation and Dr. S’s offer to substitute her patients should Dr. M’s patients refuse to follow her was a radical change.

The trial judge also found that Dr. M’s contract with the appellant simply did not consider that ACT and TRC would dissolve. Dr. M was not even aware at the beginning that an agreement to operate the clinics formed between ACT and TRC. The dissolution also restricted Dr. M to her ethical obligations to her patients and the importance of continuity of care for these patients. Had Dr. M followed ACT and Dr. S to the new clinic, she ran the risk of potentially breaching these obligations, thus adding support to the argument that the contract was impossible to perform once ACT and Dr. S. moved to new clinics. The Court of Appeal agreed.

This case demonstrates how a court may view changes that occur following the signing of a contract. If the change is “radical” enough – even if physically and legally capable of being performed-  the initial terms of the contract could be frustrated making the provisions within it inapplicable. Doctors, in particular, complicate the ability to follow non-competition clauses owed to their clinic due to their professional obligations to their patients. Given the intricacies of these contracts, it is important for either party to consult with a legal expert to limit exposure to potential liabilities. At Monkhouse Law, we have legal professionals who are experienced in reviewing and drafting employment contracts. If you are presented with an employment contract or may need one drafted, call Monkhouse Law today for a free 30-minute consultation.