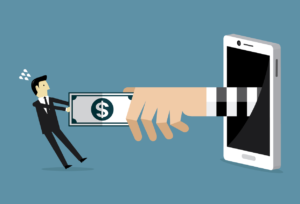 The expanded fact-finding powers afforded to judges on summary judgment motions greatly changed the way many employment law cases were litigated.  This change allowed for a more cost effective and proportionate adjudication of claims and quicker judgments for all litigants, as well as greater access to justice particularly for employees. That said, in some circumstances a full trial may be necessary to adequately assess evidence, the credibility of witnesses and put forward a full offence or defence to the claim.

This was the case in Plate v. Atlas Copco Canada Inc. where the Court of Appeal overturned a $20 million summary judgment award against an ex-employee. In this case  Mr. Dirk Plate was employed by Atlas Copco Canada Inc. as a general manager and later promoted to the position of a vice president. During his employment, Mr. Plate was found to be involved in a fraudulent scheme that allowed false advances and submission of “fake” invoices for employee benefits. As a result, Atlas terminated Mr. Plate’s employment and sued him for fraud, breach of fiduciary duties, conspiracy, and unjust enrichment.

Mr. Plate was criminally convicted due to his involvement in this scheme for deliberately inflating invoices for employee benefits of more than $20 million. During sentencing of this crime the judge wrote that Mr. Plate had breached his fiduciary duties as he was highly trusted and grossly betrayed that trust.

In the civil action against him, the company relied on the criminal proceeding only to claim summary judgment. In essence, given that Mr. Plate was convicted criminally beyond a reasonable doubt, the company sought to establish that Mr. Plate was liable on civil law’s lesser onus of a balance of probabilities. The motion judge found that on the basis of the sentencing hearing, the company made out its claim for breach of fiduciary duty and awarded $20 million against the employee.

The employee appealed this finding. In overturning the motions judge’s decision, the Court of Appeal found that while the sentencing decision was admissible and could be relied upon by the motion judge, that too much weight was given to it. The Court of Appeal found that since the issue of whether Mr. Plate was a fiduciary was not argued in front of the sentencing judge, although mentioned in the decision, that it was an error to rely on the sentencing decision only to establish a breach of fiduciary duty. The Court also noted that given the high quantum in contention a trial is also proportionate to the issues.

Given the criminal liability on Mr. Plate, it would seem likely that civil liability will, eventually, flow from these actions. That said, care needs to be taken to ensure that Mr. Plate is able to respond to the specific claims against him in the civil context where both civil fraud and employment law principles, amongst others, are at play.

Monkhouse Law is an employment and disability law firm. If you have any questions relating to any workplace issues, feel free to contact us today.