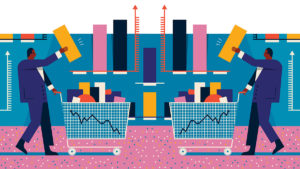 The Court recently examined the whether a terminated employee was entitled to stock options and restricted share upon his dismissal in O’Reilly v Imax Corporation. In this case, Larry O’Reilly was dismissed form his employment after 22 years of service. He was 53 years old and was the President, Institutional and Strategic Sales of Imax. In his role he was earning a base salary, plus commissions and bonuses. He also received RSU’s, stock options, pension and health beneifits.The Court determined that his common law reasonable notice period was 24 months.

Generally speaking, employees are entitled to all compensation upon termination they would have received during the notice period so long as their employment contract does not contain language that expressly precludes it.

On the commission issue, the Court calculated losses based on the last full year of employment, instead of a 3 year average because of a steady decline in commissions over the 3 year period.

With respect to the stocks, O’Reilly’s contract provided that in the event that his employment “terminates for any reason” the RSUs and stock options would cease and/or be cancelled immediately without consideration. The language attempted to limit his entitlement to the stocks/RSUs upon his termination.

Following the reasoning in Veer v Dover Corp, the Court determined that the language “terminates for any reason” did not contemplate termination without cause. In Veer the Court found that “termination” had to mean a lawful termination, and that the parties could not have intended an unlawful termination to trigger the end of the employee’s right to his stock options.

Accordingly, in this case, the Court determined the contractual language did not expressly limit O’Reilly’s entitlements. It suggested that the contractual language would have had to state that termination applies to “every circumstance in which the appellant ceases to be an employee” for a wrongful dismissal to trigger the cessation of his rights to RSUs and stock options. The language “cancelled immediately without consideration” was not sufficiently clear to remove the common law right to RSUs and stock options.

As O’Reilly was wrongfully terminated, his dismissal didn’t trigger the language to disentitle him from his stock and RSUs. Accordingly, the Court awarded him damages on account of the stocks and RSUs that would have been granted over his 24 month reasonable notice period.

This is another example of where losses arising from termination should be calculated based on the employee’s full compensation picture, instead of just base salary. ‘

If you have questions about how to evaluate you severance package please contact Monkhouse Law today.