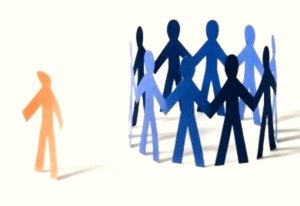 After multiple rounds of interviews, the Applicant was ranked first among the candidates and was offered the position. At this stage, the Applicant disclosed the truth about him not having a permanent resident. A few months later, the company rescinded its offer.

As a result, the Applicant pursued a case at the tribunal for discrimination based on his citizenship. In its defence, the company alleged that 1) it had the right to withdraw the offer because the Applicant was dishonest in his application; 2) since the company required only permanent residency, it was only inquiring into the immigration status, which is not a specified ground of discrimination; and 3) the requirement was a bona fide occupational requirement because it expected the recruits to remain in the company.

In addressing the first defence, the Tribunal considered the context of the dishonesty. In this case the dishonesty was rooted upon the company’s infringement of the Code. It found that the Applicant would not have needed to lie “but for” the company’s discrimination.

The Tribunal also found that it was irrelevant whether the company’s minimum requirement was permanent residency. Since the company mentioned “citizenship” in its job posting and throughout the interview process, it separated non-citizens as ineligible during the screening process. Thus, it discriminated against the applicant based on the ground of citizenship.

This case emphasizes the importance of having a fair and non-discriminatory practice during the application process. Companies should ensure that there is no potential violation of a ground of discrimination when creating job postings or job application forms. In this case, had the company not mentioned the word “citizenship” in its job posting, the outcome could have been different. At Monkhouse Law, we are experienced in assessing whether discrimination exists in a workplace. If as an employer or employee, you believe there has been a breach of the human rights laws, call Monkhouse Law today for a free consultation.