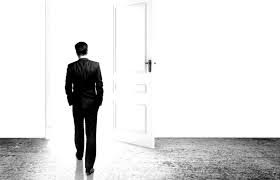 At the beginning of a new job or the end of your current one, you may be asked by your employer to sign various confidentiality agreements. And upon the termination of your employment, and upon successful negotiation of your severance package, you also likely be required to sign a Full and Final Release, giving away your right to sue your employer for matters that occurred in the past.

Two decisions from Ontario and British Columbia shed some light on how these agreements interact with sexual harassment claims.

In the Ontario decision of Watson v The Governing Council of the Salvation Army of Canada, 2018 ONSC 1066 the Court found that though an employee had been terminated and signed a Release, they were still be able to sue their former employer for sexual harassment experienced during their employment.

Ms. Watson was an employee at one of the Salvation Army’s thrift store locations for less than a year in 2011. Upon termination, she signed a Memorandum of Settlement and Release. Roughly 5 years later in 2016, Ms. Watson commenced legal action against The Salvation Army and her former supervisor, Mr. Court. Ms. Watson claimed she was sexually harassed by Mr. Court during her employment and was successful in her action despite signing a Release.

The Release Ms. Watson signed stated that she waived her right to sue anyone that is associated with The Salvation Army for any reason that arises out of, or is related to, her employment with the company.

Not unlike Watson, a recent decision from British Columbia, Kamloops-Cariboo Regional Immigrants Society v Herman, 2015 BSCS 886, has also enforced the notion that sexual harassment claims trump the implementation of a confidentiality agreement.

Ms. Herman was hired at the Immigrants Society in 2007 as the company’s Executive Director. When Ms. Herman started in this position, she was required to sign a confidentiality agreement so she could not disclose any personal or work-related information gathered from, or about, clients and colleagues.

In 2009, Ms. Herman went on medical leave due to a hostile work environment created by the Board President, Mr. Igwe. During her leave, Ms. Herman and her colleagues sent a letter to the board stating that Mr. Igwe and the Interim Executive Director, Mr. Short, were sexually harassing employees. After the letter was sent, an article was published in the local newspaper pertaining to the “toxic work environment” at the Immigrants Society.

When this story was published in 2009, Ms. Herman was terminated for cause and the company commenced an action against her for breach of confidentiality.

The Court in this case established that the disclosed information pertaining to sexual harassment related to Ms. Herman’s personal experiences and was not information that was legally owned or obtained by the Immigrants Society. Additionally, the Court found that this kind of ‘confidential information’ was not covered under the confidentiality agreement. Ms. Herman disclosed her own personal feelings of harassment to other employees of the Immigrants Society, who in turn reinforced her experience.

Ms. Herman was successful and all causes of action against her were dismissed.

These cases demonstrate that it is of greater importance to allow victims of sexual harassment to pursue their claims, even if they have signed a confidentiality agreement. Not all victims are ready to disclose the abuse they experienced at the time of termination, resulting in many believing that their time to commence a claim expires upon signing a release.

If you are an employee or employer and have questions about the enforceability of an employment contract or confidentiality agreement, contact Monkhouse Law.