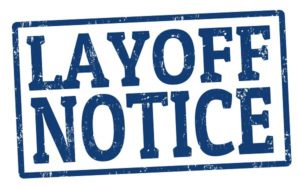 It is illegal for an employer to lay an employee off without pay unless both parties agree ahead of time – usually at the time of the employment contract is entered into – that temporary lay-offs are permissible. Even then, the Employment Standards Act, 2000 sets out certain minimum standards to protect employees from abusive layoff practices by employers. Employers and employees, however, are not always clear on what employers can and cannot do when it comes to temporary layoffs.

In Gent v Strone Inc, 2019 ONSC 155, the Plaintiff-employee, Gent, was illegally laid off without pay on October 15, 2015. After seeking some legal advice, the Plaintiff took the position he was constructively dismissed. Not long afterwards, the Defendant-employer, Strone, recalled Gent to work on November 10, 2015. Gent, however, refused to return to work claiming the relationship with his employer had broken down.

[40]           During his cross-examination when asked what evidence he had that it would have been humiliating to return to work, he stated “it just would be”.  Mr. Gent’s belief was that the recall letter was “words written on a letter, probably by a lawyer” and that the temporary layoff and the recall were part of Strone’s legal strategy.

[47]           In Mr. Gent’s cross-examination he testified that he never considered that he would be recalled, even after being told that this was a distinct possibility on November 5, 2015 and that he would not have returned to work at the time under any circumstances.

Accordingly, in the end, it appears that, among other things, the Court found that Gent was unreasonable because he 1) could not explain why it would have been humiliating to return to work and 2) completely ruled out the possibility of returning to work even though he knew or ought to have known that being recalled was a distinct possibility.

In this blogger’s opinion the outcome is a very harsh one for the Plaintiff. The decision recognizes that the Plaintiff was entitled to the lost wages for the period of the layoff to the date of recall. When the employer recalled Gent to work, however, it did not offer to pay Gent his lost wages. The outcome may have been different had Gent agreed to return to work but on the condition he would return on the same terms as before his illegal layoff and provided he would be paid for the days he was on the layoff. Had Gent made this proposal and the employer refused to pay him his lost wages for the layoff period, how could Gent have still been expected to return to work? Surely in such circumstances it would be reasonable for the employee to refuse to return to work.

If you have been temporarily laid off, you need expert advice to help you navigate the way forward to protect yourself. Call Monkhouse Law today for a free 30 minute phone consultation!