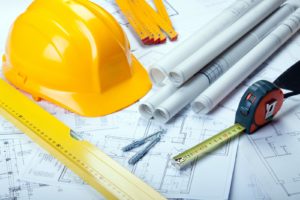 In Saikaly v. Akman Construction Ltd, 2019 ONSC 799, an Office Manager of 12 years was awarded a notice period of 24 months after a judge found that he had been wrongfully terminated with cause. The judge found that the employee did not commit the wrongdoing that was alleged by the employer and therefore, was terminated without cause from his employment. The employee was awarded damages totaling $157,645 and costs of $9,270.

The plaintiff employee noted the defendant employer in default in September 2018 and scheduled  a motion for default judgment in January 2019. Despite being notified, the defendant took no action.

The judge’s decision that the employee was terminated without cause was based on the employer being deemed to admit the truth of all allegations of fact made in the statement of claim and the affidavit evidence provided by the employee.

In deciding the appropriate notice period was 24 months, the judge considered the following factors:

– Character of employment: Office Manager, considerable responsibility, paid a salary, received benefits that he will be unable to replace;

– Availability of alternative employment: difficult because of age and manner in which his employment was terminated;

–  Other Considerations: he has no formal accounting designation and the Ottawa construction industry is tightly knit. This contributes to difficulties securing alternate employment.

The award of $157,645 was comprised of compensation in lieu of notice, employee benefits at 10 %, and vacation pay at 4%. The employer was also required to revise the ROE to reflect a termination without cause.

If you are served with legal documents, it is important to be diligent and responsive to deadlines or you risk a judgment being made against you without any input, defence, or participation from you. That was critical in the determination of this case. On the other end, as the plaintiff, this illustrates the importance of pleading a clear case in the statement of claim such that a judge could rely on your version of the facts to find in your favour.