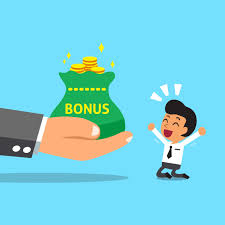 It has been established in Ontario courts that a wrongfully dismissed employee is entitled to receive all of the bonuses and incentives they received through their employment, throughout their reasonable notice period as well.

The Court of Appeal in Paquette v TeraGo Networks, 2016 ONCA 618 (CanLII) set the test to determine if there is entitlement to incentive programs, or bonuses, during notice of termination periods:

1. Is the bonus integral triggering a common law right to the bonus through breach of contract damages?

2. Is there something in the bonus plan that unambiguously alters or removes the applications common law right to the bonus?

In Evans v. Paradigm Capital, 2018 ONCA 952, the Court of Appeal was tasked with addressing the issue of whether the bonus payment awarded to the Plaintiff was calculated appropriately. In 2009, the Plaintiff was constructively dismissed and the trial judge held that she was entitled to 11 months’ pay in lieu of notice and was owed $250,000.00, which accounted for her base salary, performance bonus, and a shareholder’s bonus.

On appeal, the Plaintiff argued that the trial judge erred in calculating her performance bonus entitlement because he based it off of the employer’s 2009 finances rather than a 3-year historical average of the bonuses she received in the past. Her argument was that since she was constructively dismissed as of January 2009, her contributions to the company were not taken in account and thus her performance bonus was lower. The employer counter-appealed, maintaining that the judge’s decision was accurate, and with the further position that the Plaintiff was not entitled to the shareholder’s bonus because her equity interest had already been redeemed.

The Court of Appeal held there was no evidence of the Plaintiff’s previous contributions to the company therefore she could not state that the company’s finances in 2009 would have been greater if she had contributed to it. They also found that while historical averages for bonuses may be appropriate in awarding damages, there is no requirement for the Court to use this method.

With respect to the shareholder’s bonus, the Plaintiff divested her shares following her termination in accordance with the company’s shareholder’s agreement. The Court of Appeal determined that since the Shareholder’s agreement was clear that stocks were to be returned to the company upon termination, she was not entitled to the bonus during the notice period. To do so would allow the employee to double up in that she had the return of capital upon selling the shares to the company, as well as the bonus as though her funds were still at ‘risk’ in the company. The trial judge’s award was overturned in that respect.

Contact Monkhouse Law today to have your termination packages reviewed to ensure you are receiving everything you should be entitled to upon termination.