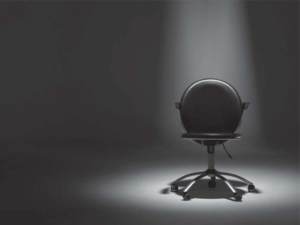 As we wrote in our blog post about the top 5 trends in employment law in 2018 the #metoo movement has and will continue to have a far-reaching impact on the workplace.

In Ontario, instances of sexual misconduct in the workplace are being dealt with more and more. In 2016, the Ontario government amended the Occupational Health & Safety Act, 1990 to include laws pertaining to sexual harassment in the workplace in an effort to educate employees on this behaviour, and hopefully prevent it. This amendment, entitled Bill 132, requires all businesses to have a workplace harassment policy which includes sexual harassment.

In the case of Janzen v. Platy Enterprises Ltd., the Court defined sexual harassment in the workplace as “…unwelcome conduct of a sexual nature that detrimentally affects the work environment or leads to adverse job-related consequences for the victims of the harassment.”

When conduct such as this occurs in the workplace and legal action is taken, the matter can be dealt with through the Human Rights Tribunal of Ontario (“HRTO”) in front of a neutral adjudicator. At the HRTO, the individual who brings the matter, the applicant, has the duty to prove that the opposing party, the respondent, is liable for damages pertaining to a breach of the Human Rights Code, 1990 (the “Code”). Once the matter has been heard, the adjudicator has the authority to award damages to compensate for loss of dignity and self respect (general damages), and compensation that is intended to account for money that has been lost or spent due to the harassment, such as lost wages (special damages).

The recent matter of P.T. v. Rahman Consulting Services and Mijanur Rahman is a prime example of the process the HRTO takes when addressing sexual harassment in the workplace.

The applicant, P.T., commenced employment at the respondent’s business in October of 2012. The applicant was the only employee of Rahman Consulting Services (“RCS”), a business owned by the respondent, Mr. Rahman, which was run out of his home. After the applicant’s second week working for RCS, the respondent began sexually harassing her. This harassment eventually resulted in sexual assault in November 2012, which prompted the applicant to contact the police and bring an Application to the HRTO to sue the respondent.

The respondent was charged with sexual assault and forcible confinement in February of 2014 and had ongoing court appearances for the next two years, in turn delaying the HRTO hearing. Finally, in March of 2018 the Application was heard. Despite receiving numerous notices to inform him of the hearing, the respondent did not attend and thus was deemed to accept all allegations set out by P.T. in her Application.

After reviewing the facts and affirming the credibility and reliability of the applicant, the Adjudicator discussed three main issues:

1. Did the respondent subject the applicant to sexual harassment, sexual solicitation and advancement and sexual assault in the workplace?

3. If a breach of the Code is found, what, if any, are the remedies for the breach?

The respondent was found liable for numerous breaches of the Code, including Section 5(2) which prohibits harassment of an employee in the workplace because of sex and other prohibited grounds such as race, gender identify and age. The Adjudicator ordered the respondent pay the applicant $45,000.00 in general damages for injury to her dignity, feelings and self respect and $447.20 in special damages for unpaid wages in an effort to remedy the breach.

Now more than ever, written policies and practices are very important to effectively educate your workplace and problem solve when issues arise. An employment lawyer can assist both the drafting of policies and aid determining what constitutes workplace harassment and what steps you can take if you are experiencing it.