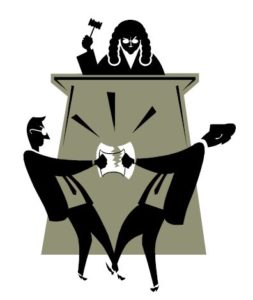 A non-solicitation agreement is one tool that employers may use to help protect their business and curtail employees from competing against them. In most cases, the agreement applies even after the employment relationship has ended. The goal is to prevent the departing employee from soliciting away or “poaching” the employer’s business, employees, clients, suppliers etc. However just because there is a written non-solicitation agreement in place, does not mean the employer will be able to rely on it. Generally courts only deem these clauses to be enforceable if 1) they are clear and 2) they do not unfairly restrict the employee’s autonomy.

In MD Physician Services Inc v Wisniewski, 2018 ONCA 400, the Ontario Court of Appeal upheld a non-solicitation agreement allowing the employer to rely on it. The Defendants, Mr. Wisniewski and Ms. Sleeth, worked for the plaintiff for eight and ten years, respectively. Their employment contracts included the following language:

The employees left their employer for a competitor in 2013. On their first day, they began calling their former clients and inviting them to switch firms. The Plaintiff discovered this and sued for breach of the non-solicitation agreement. At trial, the Defendants argued that the non-solicitation clause was too broad to be enforceable. In particular, they argued that the definition of “solicit” was too vague, that the inclusion of “prospective” clients was unfairly restrictive, and that the two-year non-solicitation period was too long. The trial judge found for the clause enforceable.

Restrictive covenants, like non-solicitation agreements are presumptively unenforceable unless the party seeking to rely on them can prove that it is reasonable in the circumstances. As such, there are no ‘universal’ non-solicitation agreements that would be enforceable in all circumstances and care should be taken to draft restrained and reasonable temporal and geographical limitations.

Should you require the drafting of or legal advice on a non-solicitation or non-competition clause, please contact Monkhouse Law today.