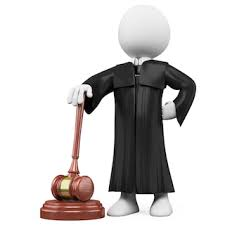 Writing further to our blog posted on August 27th (https://torontoemploymentlawyer.com/2018/08/summary-judgement-appropriate-for-questions-of-notice-toronto-employment-lawyer/) this blog also deals with another successful summary judgment motion.

In Howard and Associates Inc v Tomasek Agencies Inc, 2017 ONSC 4291 (“Tomasek Agencies”), the Court granted the defendant’s request for a declaration that the plaintiff was not a dependent contractor of the defendant. The defendant in the main action—the claim for breach of contract—was the applicant in the summary judgment decision.

The defendant in the main action, Howard and Associates Inc (“Howard”), is the Canadian distributor of the Wigwam brand of socks. The plaintiff, Tomasek Agencies (“Tomasek”), is the local distributor in Alberta. Tomasek distributed Howard’s socks in Alberta for many years, and relied on Howard’s business for much of its income. However, Tomasek also sold the products of Howard’s competitors, which Howard disliked. Howard asked Tomasek to discontinue this practice, and Tomasek refused. Howard then terminated the supply arrangement. Tomasek brought a claim for wrongful dismissal, alleging that, as a dependent contractor, it was entitled to reasonable notice of termination.

In response to Howard’s application for a declaration, Tomasek argued that it had not been a dependent contractor but nonetheless maintained that it had been economically dependent on Howard. The Court resolved this apparent contradiction by granting the requested declaration.

The Court observed that Tomasek appeared to be in the process of abandoning its wrongful dismissal claim in favour of a commercial breach of contract claim, which may explain why Tomasek did not offer much resistance to Howard’s application. Still, it is significant that the Court granted summary judgement on the dependent contractor question in the first place.

A court will only grant summary judgment if there is no genuine issue requiring trial. Sometimes, a court will grant partial summary judgement, meaning that some issues require a trial but others do not. In Tomasek Agencies, the Court granted summary judgment on the dependent contractor issue, although the other issues in the case will proceed to trial. Tomasek Agencies sets a precedent whereby dependent contractor disputes can now, at least in theory, be resolved without a full trial.

This is useful a useful step particularly for plaintiff’s in employment law actions and it continues to affirm that the Court is willing to use their expanded fact-finding powers under Rule 21 in order to give litigants the real option to pursue summary judgment as a means to adjudicate their claim more quickly and cheaply than a full trial.