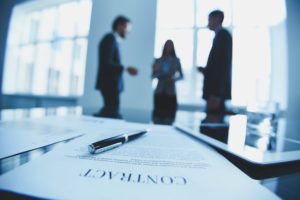 Yet another recent decision of the Superior Court of Ontario invalidated a termination clause, as well as an overtime policy.  In Deak v. GreenMantra, 2018 ONSC 3715 (CanLII), the employee Deak worked for the Defendant company GreenMantra as a Process Operator pursuant to a written agreement.  During the course of the employment relationship, the parties entered into a separate agreement whereby the company would average number of hours worked over a two-week period for the purposes of determining entitlement to overtime.

Subsequently after four years, GreenMantra terminated Deak’s employment and provided him with two weeks’ pay in lieu of notice in reliance on the employment agreement.  The employee then commenced an action against the company for among other things, unpaid overtime and wrongful dismissal. Deak in support of his claim alleged that the overtime averaging agreement breached the ESA and similarly his employment contract was unenforceable as it failed to abide by the statutory minimums of the ESA.

Agreements by nature are subject to certain statutory requirements that must be abided in order for employers to successfully upon the terms of same in determining one’s entitlements. Section 22(1) of the ESA maintains that an employee must be paid 1.5 times one’s regular rate of pay for any hours worked in excess of 44 hours per week. However, if certain conditions are met, employers may enter into agreements with employees to average the hours worked over a two or more period in calculating entitlement to overtime. Section 22(2) and Section 22(3) of the ESA sets out the following conditions that must be met to rely upon overtime averaging agreements:

1. The employer must obtain an executed written agreement from each of the employees;

2. The employer must obtain approval from the Director of the Employment Standards branch of the Ministry of Labour;

3. The overtime averaging agreement in question must contain an expiry date.

Ultimately Harper J., in Deak determined the overtime agreement was unenforceable as it contravened the minimum requirements under the ESA. Moreover, even though the employer had obtained express approval from the Director of Employment Standards, the overtime agreement in question did not include an expiry date and thus was invalid as per section 22(3) of the ESA. Consequently, GreenMantra was ordered to pay Deak overtime for all hours worked in excess of 44 hours per week over the course of his entire four-year tenure with the company.

The other issue in the matter was the validity of a termination clause. The employer attempted to rely on the termination provision in the employee’s contract to limit his notice entitlements at termination. The relevant portions of the clause read as follows:

…written working notice of termination to the employee shall be two (2) weeks per completed year of service with a minimum of two (2) weeks’ notice and a maximum of fourteen (14) weeks’ notice, or at the option of the Company by providing the Employee with pay in lieu of such notice or any combination of working notice and pay in lieu, at the Employer’s sole discretion….the calculation of pay in lieu of notice shall be based exclusively on the Employee’s base salary.

The clause further provided that:

There shall be no other forms of remuneration, including without limitation, any bonus payments or stock options to which the Employee might otherwise be entitled shall be considered in calculating Pay in Lieu, nor shall they be paid to the Employee in respect of Notice Period.

Deak argued that the clause was unenforceable due to the fact that it was silent on the employer’s obligation to provide severance pay.

The court disagreed with this argument and stated that the clause’s failure to reference severance did not necessarily invalidate it as unenforceable. In the case at bar, Mr. Deak did not meet the requirement under the ESA with respect to length of service that must be worked to warrant the provision of severance. In the circumstances, Deak had only worked for the company for a period of four years, which is just one-year shy of five years required under the ESA.

However, the Court did ultimately determine that the termination provision contained in Deak’s contract was unenforceable due to the fact that it violated the ESA’s minimum notice requirements.  Section 3.(1) of the ESA states,

3.(1) Subject to section 4, no employer, employee, employers’ organization or employees’ organization shall contract out of or waive an employment standard, and any such contracting out or waiver is null and void. R.S.O. 1990, c. E.14, s. 3. [Emphasis Added]

Therefore, in accordance with section 57 (d) of the ESA, notice of termination must be given,

(d) at least four weeks before the termination, if the employee’s period of employment is four years or more and fewer than five years;

As the termination provision in Deak’s employment contract provided for a notice period that is less than the minimum standards of the ESA (4 weeks), the court found it to be invalid and unenforceable.

[15] At common law. An employee hired for an indefinite period can be dismissed without cause, but only if the employer gives reasonable notice. In Machtinger v. HOJ Industries, [1992] 1 S.C.R. 986 (S.C.C.) at p. 998, the Supreme Court characterized the common law principle of employment on reasonable notice “as a presumption, rebuttable if the contract of employment clearly specifies some other period of notice”.

[16] Ontario employers and employees can rebut the presumption of reasonable notice by agreeing to a different notice period. But their agreement will be enforceable only if it complies with the minimum employment standards in the ESA. If it does not do so, then the presumption is not rebutted, and the employee is entitled to reasonable notice of termination. [Emphasis Added]

While the Court invalidated the agreement in any event, it is surprising that the severance argument put forward by the employee failed. While severance payments were not applicable in this case, other decisions have found that even if not applicable a violation into the future is still be a violation of the ESA. It would appear that the document, on its face, contracts out the severance obligations under the ESA with its suggestion that “no other forms of remuneration” will be paid.

Understanding and drafting employment contracts is a delicate and tricky process. Should you wish to have your contract reviewed or drafted by a lawyer, please contact Monkhouse Law.