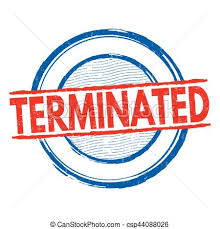 As the #MeToo movement continues to make headlines across the world, in a decision that is sure to spark debate, an Ontario court found that making a “sexually explicit gesture” is not grounds for a termination for cause. In Cuconato v Parker Auto Care Ltd, 2018 ONSC 2803, the Plaintiff, Mr. Cuconato, was terminated for cause after making such a gesture behind the back of a female customer. The employer argued that the gesture—which Mr. Cuconato initially denied, but then admitted to making—was grounds for termination.

While it is possible for a single instance of misconduct to justify termination for cause, this is only if the misconduct is “so grievous that it gives rise to the inference that the employee intends no longer to be bound by the employment contract.” Thus, the misconduct must “[strike] at the heart of the employment relationship”, such that the relationship is irreparably damaged. Dishonesty on the part of the employee can have this effect, but only if it is more than trivial. In Cuconato, the Court held there was no dishonesty but instead found that Mr. Cuconato denied having made the gesture because he did not know what he was being accused of. The Court further found that even if Mr. Cuconato had lied, the lie alone would not have constituted cause.

This decision does not stand for the proposition that sexually explicit gestures should be tolerated in the workplace. Instead, this is an important reminder that cause is a contextual analysis, which takes into account various factors including the company’s policies, loss of reputation, as well as the employees position and tenure. It is also a reminder that not all misconduct is punishable by a termination for cause. All employers would be wise to have a zero-tolerance sexual misconduct policy which outlines what the employer would consider to be sexual misconduct.

If you are an employer looking to consult a lawyer regarding employee misconduct or have workplace policies drafted, contact Monkhouse Law today.