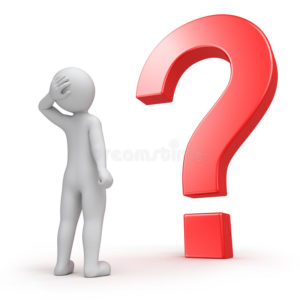 When an employer’s expectations conflicts with those of its employees, it can lead to unexpected disagreements and misunderstandings. This is especially evident in the case of Mohammed v. Ralota Technologies Inc., 2018 ONSC 3362, where the employer took the Plaintiff’s email as his resignation letter and the Plaintiff never intended to resign.

In this case, Mohammed (the “Plaintiff”) was employed at Ralota Technologies Inc. (“Ralota”).  The Plaintiff received an unofficial promotion from Business Analyst to Quality Assurance Manager, with an increase of responsibilities and promises of a corresponding salary increase. The issue arose, when Ralota failed to provide the salary increase despite the Plaintiff assuming the new role with an increased workload.

The Plaintiff wrote an email to his supervisor about his concerns and requested the associated salary increase. When that was denied, the Plaintiff then wrote another email informing Ralota that since the terms of the contract were not honoured by the company he would be assigning the newer duties to another senior employee and resuming his original duties as a Business Analyst.

That same day, the Plaintiff was pulled aside and terminated as a result of the following:

As a result of the lack of notice and statutory payments, and unsubstantiated claims, the Plaintiff started a Small Claims lawsuit against Ralota.

The Plaintiff claimed his email was not a resignation letter and that there was insufficient cause for termination as the company never provided the appropriate compensation for change in duties. Ralota argued that the Plaintiff’s email amounted to a resignation and in the alternative, the Plaintiff was terminated for just cause due to insubordination.

Deputy Judge Bocci made three key findings in favour of the Plaintiff:

First, the Court found that Ralota did give a promotion to the Plaintiff but failed to provide him with the appropriate compensation.

Second, the Court weighed in on whether the email amounted to resignation. Determining whether a resignation of employment occurred is well-established within Canadian jurisprudence. In this case, the Deputy Judge referenced Beggs v. Wesport Foods Ltd., 2011 BCCA 76 how a voluntary resignation must be a “clear and unequivocal act”.  She found that in the case at bar, the Employer did not establish that the Plaintiff resigned. In fact, his email said nothing about resigning but rather that he was continuing to work in his original capacity.

Deputy Judge Bocci further determined that Ralota failed to establish the high threshold for just cause of termination, especially considering the evidence to demonstrate that the Plaintiff continued his normal duties. For further information on just cause terminations refer to our previous blog post – Termination for Just Cause: Toronto Employment Lawyer at https://www.monkhouselaw.com/termination-for-just-cause-toronto-employment-lawyer.

The Plaintiff was awarded 3 months of reasonable notice for his wrongful dismissal. The decision was further appealed and upheld on appeal.

Contact Monkhouse Law today for a free 30-minute consultation regarding any issues you are experiencing within the workplace.