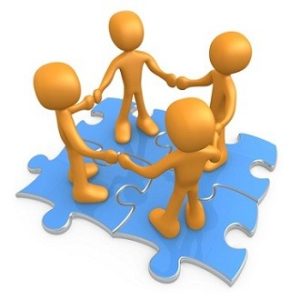 In the wake of Trinity Western agreeing to make their community covenant voluntary it is worthwhile looking at what the Supreme Court decision means in an employment law context.

Trinity Western University (“TWU”) is a private, evangelical Christian university located in Langley, British Columbia. As a private university, TWU does not receive public funding, although it is accredited by the BC government. All members of the TWU community—including students, faculty, and staff—are required to honour the university’s Community Covenant (“the Covenant”), a wide-ranging code of conduct intended to preserve the Christian nature of the TWU community. Notably, the Covenant requires community members to refrain from “sexual intimacy that violated the sacredness of marriage between a man and a woman.” In effect, this provision bans same-sex sexual relations, as well as heterosexual sexual relations between unmarried persons.

The Ontario Court of Appeal found for the law society, while the British Columbia Court of Appeal found for TWU (the Nova Scotia case was ultimately not pursued). For their part, the law societies argued that they have a statutory objective to protect the public interest as it relates to the legal profession, which includes ensuring equal access to the legal profession and diversity within the provincial bar.

In the end, a 7-2 majority of the Supreme Court held that it was “reasonable” for the law societies to reject TWU’s application. Importantly, the Court did not rule on the constitutionality of religious legal education or of religious education in general. The only question before the Court was whether it was constitutional for the law societies to refuse accreditation. The Charter does not apply to private universities, and TWU is exempt from certain provisions of the BC Human Rights Code, so there was no suggestion that Covenant on its own constitutes unlawful discrimination.

In TWU, the Court weighed the university’s Charter-protected freedom of religion against the law societies’ interest in promoting equality and diversity and found that the Law Societies decision to reject accreditation was reasonable.

In the end, Trinity Western caved and now appears to be removing the mandatory element of their community covenant that was objected to by the Courts.

The lesson for employers is that there are no hard and fast rules for balancing rights. The correct outcome depends on the facts of the case. Most employers do not need to worry about applying the Charter, but they do often need to weigh rights when considering requests for accommodation. There is no ranking of legitimate interests, and no formula that can be used to decide whether a request for accommodation should be granted. When it comes to human rights, context is everything. As Trinity Western learnt often looking for a middle-ground solution is better than insisting on an unreasonable Chess-style ‘black or white’ position.