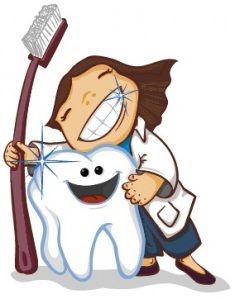 To ensure that employees receive adequate protection in their employment, it is essential for employers to justify that they have knowledge of the nature and extent of any alleged misconduct before being able to claim that the employee was dismissed for just cause.  In this post we further elaborate on the legal implications relating to the termination of an employment relationship where the employer claims that the employee was dishonest, and engaged in criminal activities, and thus  terminated for cause.

The recent case of Rouse v. Drake & Drake et al., 2018 ONSC 939 further outlines the legal definition for ‘just cause’ and explores the major question of whether the employee was wrongfully dismissed or fired for just cause.

In Rouse, the plaintiff was a dental receptionist that worked for the defendant’s dental practice for nearly 7.5 years. The defendants, Thomas Drake and David Drake (the Drakes) had terminated the receptionist without notice or pay, claiming they had just cause for the termination as the receptionist had falsified her work hours and/or claimed unjustified hours of work. The receptionist (Rouse) in this case had brought a wrongful dismissal suit against the Drakes. The Drakes defended their action stating that the misconduct of dishonesty as well as other infractions justified the termination with cause.

The Trial Judge found that the Plaintiff had been wrongfully terminated on the grounds that there was insufficient evidence to justify that the plaintiff had falsely recorded her working hours.

In the case of Rouse, the Drakes stated that Rouse had been dishonest in terms of her hours worked and interfered with the newly installed surveillance camera in order to conceal her activities. They stated that Rouse was insubordinate for years, and that she committed fraud with her claims regarding her hours worked. They also stated that she was engaged in criminal conduct performing personal business in the workplace on work time and fraudulently claiming that she was engaged in her usual work during these hours. Nevertheless, her employment was preserved for at least 1.5 years while the Drakes assembled evidence to support her termination. The allegations in relation to the falsified hours were the main cause for termination.

The Plaintiff’s in this case relied upon the leading Supreme Court Canada case that involved allegations of dishonesty; combinations of insolence, incompetence absenteeism and of conduct otherwise incompatible with continued employment. The case McKinley v. BCTel, 2001 SCC 38 (CanLII), [2001] 2 S.C.R. 161, provided a contextual approach that must be taken to determine whether conduct constitutes just cause for dismissal:

In determining whether the misconduct had given rise to a breakdown in the employment relationship, the Court in McKinley stated that just cause for dismissal exists when:

The misconduct violates an essential condition of the employment contract; breaches the faith inherent to the work relationship; or is fundamentally or directly inconsistent with the employee’s obligation to his or her employee.

Based upon that analysis, the Courts then question whether first the evidence established the employees deceitful conduct on a balance of probabilities and second, whether the nature and the degree of dishonesty warranted dismissal.

Findings for Rouse based on McKinley Test

In this case, Rouse was a receptionist in charge of administrative duties such as answering telephone calls, booking appointments and in some circumstances, acted as a dental assistant.  The office relied upon an honesty system, whereby Rouse and other employees would provide their hours worked on a piece of paper to the employer, and they were paid accordingly.

Rouse had never been given any formal meeting with anyone to review her work performance nor did she receive any written job performance.

Rouse admitted that it was possible on some occasions that she forgot to put the office telephone on call forward and that there were some invoices that did not get sent out. There were also instances where she permitted patients to see another dentist in the office after she was instructed by the Drakes to not allow their patients to see the other dentist, however, it was noted that those patients were of urgent need.

The Trial Judge found that although Rouse had many minor faults in her quality of work, there was a lack of evidence to show that she deliberately falsified any of her work hours, or committed fraud in any way, or that she was dishonest and engaged in criminal activity.  The Courts have historically concluded that terminating an employee for just cause is the harshest of punishments and have set the bar very high to justify a for cause dismissal.

Therefore, none of the cause allegations that were brought forth in evidence at trial by the Drakes, whether individually or assessed in combination, amount to just cause for Rouse’s termination. It was concluded that Rouse had been wrongfully terminated by the Drakes and was awarded equivalent to 8 months of pay which was calculated based on her annually salary provided.

In order to determine whether an employment relationship was terminated with just cause, one should examine the nature and the extent regarding the reasons for termination. In this case, specifically when examining dishonesty, it is prudent to provide and rely on sufficient evidence to justify cause. Without the justification, it could be therefore understood that the employee was terminated without cause and should be provided with reasonable notice or pay in lieu of the same.

The lawyers at Monkhouse Law are available to help you with any questions you have about dismissal or any other employment law questions. Call us today for a free consultation