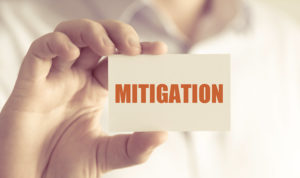 Dismissed employees have the obligation to make reasonable efforts to secure new employment. The rationale behind is this that employee could, and should, take measures to replace the income they have lost as a result of their termination. This obligation is called the duty to mitigate.

Courts have held that employees are not required to take any job offered to them, but only those that are similar in nature and in salary. When an employee finds a new job, the courts will typically deduct the amount earned from the new job from the from the reasonable notice period granted to the employee. However, in a recent case, the court refused to deduct amounts earned by a dismissed employee during his reasonable notice period.

In MacKenzie v. 1785863 Ontario Ltd., MacKenzie was dismissed from his job after 5 years of employment. He was 65 years old at the time of his dismissal and earned approximately $65,000.00 annually.

Shortly after his dismissal, MacKenzie began working for his wife’s company, earning $2,000.00 a month. He worked in this capacity for 6 months until he secured a different job earning $1,500.00 a month. He continued to work there at the time of the judgment.

Justice Pierce determined MacKenzie’s notice period was 9 months, which amounts to just under $49,000.00. She held that MacKenzie’s post-termination earnings would not be deducted from her award. Her rationale was that since an employee does not have to accept a significantly inferior job, as was the case here, MacKenzie could have rejected the job offer, and not earned any income after his termination. Accordingly, the amounts earned were not deducted from the awarded notice period.

The decision is an important one for employees. In many cases employers will wait to see if the employee will take a new job even if it pays significantly less. If an employee does take a new lower-paying job the employer will take the position that every dollar earned during the notice period reduces the employer’s liability. Dismissed employees, however, are often forced to take a lower paying job after termination for their livelihood. In these situations, a court may follow this decision and deem that the amounts earned will not be considered mitigation of damages, and therefore will not be deducted from the award.

If you have been recently dismissed and are searching for new employment, it is important to fully understand your obligations to mitigate and the implications it will have for your wrongful dismissal claim.

To arrange your free 30-minute phone consultation make sure to contact us today. If you wish to read the decision, please follow the attached link: https://www.canlii.org/en/on/onsc/doc/2018/2018onsc3442/2018onsc3442.html