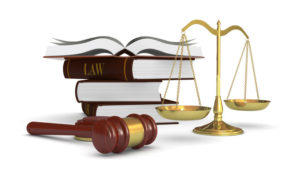 After an 11-day trial, Andrew Monkhouse and Samantha Lucifora of Monkhouse Law were recently successful in defending an Ex-President against fraud, breach of fiduciary duty and unjust enrichment allegations,  and instead obtained an award for wrongful dismissal and extraordinary damages due to the former-employer’s treatment of their ex-employee.

Since 2011 Mr. Ruston had been the President and General Manager of Keddco Mfg. (2011) Ltd. (“Keddco”). He started with Keddco in 2004 in Sales and worked his way up to the top managerial position in the company. During Mr. Ruston’s tenure as President, Keddco had a location in Sarnia and Edmonton, opened a new location in Houston and had also acquired a competitor CSP. Keddco would produce two financial statements: one for Keddco Canada (Edmonton and Sarnia) and one for Keddco USA (Houston), however Mr. Ruston’s performance, incentivized through a cash bonus related to company profit, was based on the financials of both Keddco Canada and Keddco USA.

In June, 2015 Mr. Ruston, the President and General Manager of Keddco Mfg. (2011) Ltd. (“Keddco”) owned by parent-company Canerector was terminated on allegations of ‘fraud’ but told little else. Due to this lack of explanation, he informed his now-former employer that he would seek counsel. In response Mr. Ruston was told that litigation would be a very expensive process.

(a)  Manipulation of the financial statements in that he engaged in the following:

(b) Negligence and/or willful blindness relating to the alleged purchasing of excess inventory.

Ultimately the Defendant’s argument was the manipulation of financial statements and excess inventory was allegedly done for the purpose of inflating profits recorded on Keddco’s financial statements, so that the bonus payment was higher, as it was directly related to how much profit Keddco made.  Justice Chiappetta found that there was no basis for the allegations and completely exonerated Mr. Ruston ultimately finding that he was wrongfully dismissed for the following reasons:

1. The unwarranted reversal of inventory reserves on financial statements in 2013

2. The inappropriate realization of profits on Keddco Canada financial statements by inventory sourced from India and intended for USA

3. The inappropriate realization of profits with high profit margins on transfers of inventory from Keddco Canada to Keddco USA

b. Negligence and/or willful blindness relating to two alleged purchases of excess inventory

Given the complete lack of evidence, Her Honour found that these allegations were created later in older to scare Mr. Ruston when he brought his claim for wrongful dismissal.

To compensate for this wrong at the hands of the Defendant, Mr. Ruston was awarded wrongful dismissal damages including:

The Defendant was further punished for its conduct and ordered to pay $100,000 in punitive damages for:

The Defendant was also ordered to pay Mr. Ruston $25,000 in moral damage to help compensate for the manner in which he was treated including:

In sum, Mr. Ruston was awarded well in excess of a half-million dollars. The determination of quantum of Mr. Ruston’s legal fees payable by the Defendant has yet to be determined.

The author, Samantha Lucifora, was co-counsel and responsible lawyer for Mr. Ruston’s manner. She practises in all areas of workplace law for both employees and employers.