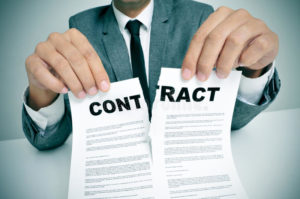 When a company terminates an employee, there is often liability with respect to reasonable notice of termination. However, in recent cases the courts have also emphasized the importance of appropriate conduct during the termination process. Wrongful dismissal matters can and have, led to additional damages awarded to a terminated employee as a result of the employers’ behaviour. This is highlighted in the Supreme Court of British Columbia decision of Ensign v. Price’s Alarm Systems (2009) Ltd. 2017 BCSC 2137 (“Ensign”).

The Plaintiff was 63 years of age, a Medical Alert Advisor and maintained the position for approximately 12 years. There were no sales quotas and no written contract to articulate the terms of employment.

On July 14, 2016, the Plaintiff was advised of his termination and provided with approximately 2 months’ working notice. The termination letter cited changing technologies and business practices and the fact that his position would no longer be in existence. Additionally, the letter referenced alternative sales opportunities within the company if he was interested. However, upon requesting further details of same, the Plaintiff was advised that no similar position was available except some contractor positions. The contractor positions were completely different in duties and benefits from his original position.

The Plaintiff retained legal counsel and sent a demand letter stating that the notice provided was wholly insufficient considering there was no written contract. The back-and-forth from Defendant’s counsel was aggressive and threatening. The Defendant claimed there was a signed contract limiting the Plaintiff’s entitlements, however no contract existed. The Defendant also attempted to offer re-employment with problematic contractual terms. Defendant’s counsel also noted that it would pursue a failure to mitigation if deemed necessary.

The Plaintiff claimed inadequate notice of termination and high-handed, callous, unduly insensitive, and bad faith conduct by the Employer. Three offers to re-employ the Plaintiff were presented and rejected throughout the litigation process. The Plaintiff claimed that there had been a loss of trust in the employer as well as valid concern of the contracts themselves.

At trial, Justice Kent considered the evidence and decided in favour of the Plaintiff. The Plaintiff was awarded damages equivalent to 12 months’ notice, no reduction was accounted for a failure to mitigate and further aggravated damages were awarded.

The aggravated damages are of particular interest as this is awarded when an employers conduct is in bad faith towards it’s employee. Generally, courts are cautious in their awards for mental distress, as employers are permitted to terminate employees. However, employers have an obligation of good faith and fair dealing in the manner of dismissal, a breach can therefore warrant compensatory damages for mental distress. The distress must be beyond the typical feelings, emotions and impact termination tends to have. At minimum, employers should refrain from conduct that is unfair, untruthful, misleading or unduly insensitive.

Employment plays a significant role in an individual’s life, and termination can have far-reaching consequences. To prove damages there must be proper and sufficient evidence. In other words: If the employer’s behaviour harmed you, you are required to prove your harm. This is where medical notes, prescriptions, and even witness testimony could be valuable. While the Plaintiff in this case, did not have medical documents to support him, he and his wife testified about his stress, anxiety, and concerns of the Defendant’s facetious job offers.

Justice Kent accepted the evidence from both the Plaintiff and his wife. Due to the fact that the Defendant was not truthful or candid and embarked on aggressive and unmeritorious defence tactics with the benefit of legal counsel, it must have known the impact it would have on the Plaintiff. Justice Kent awarded aggravated damages in the amount of $25,000.00 as the mental distress was substantial and prolonged.

The principle of aggravated damages is similar to the principle that exists within Ontario’s employment jurisprudence. Considering the similarities, it is reassuring to note that similar awards can occur to condemn employers’ treatment of their employees post-termination.