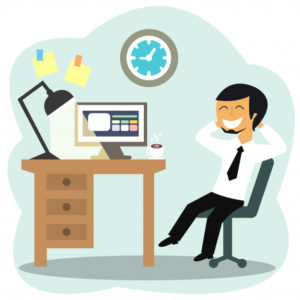 In Bank of Nova Scotia v Randhawa, 2018 FC 487, the Federal Court upheld an adjudicator’s decision to reinstate an employee to their position who had previously been terminated for dishonesty. This remedy is available only under the unjust dismissal regime of the Canada Labour Code (“the Code”) as opposed to common law’s wrongful dismissal. The Canada Labour Code applies to federally-regulated employees who are not managers (as conservatively defined by the law and not the employer) and have been employed for at least 12 months. It is only available in workplaces like banks, airlines and telecommunication employers.

The employee, Ms. Randhawa, worked at Scotiabank as a Customer Service Representative from 2003 to 2011, when she was promoted to the position of Customer Service Supervisor. In 2014, a risk assessment revealed that Ms. Randhawa had repeatedly failed to ensure compliance with bank policy. When confronted, Ms. Randhawa denied responsibility until presented with evidence. Ms. Randhawa was then terminated, allegedly for cause.

The principle of progressive discipline is enshrined in the Code and was also a bank policy. Notwithstanding this, the employer argued that progressive discipline was not appropriate—and would not have been effective—if the cause of the misconduct is an “immutable character trait”, such as dishonesty. The adjudicator rejected this argument, as did the Court. In McKinley v BC Tel, 2001 SCC 38, the Supreme Court of Canada rejected a “categorical” approach to employee misconduct in favour of a contextual analysis. A single act of dishonesty can be cause for termination, but it must be sufficiently serious in the circumstances. In Randhawa, it was acknowledged that the employee had a “tendency” to lie when accused of misconduct, but that this would be appropriately disciplined with a one-week suspension.

While honesty and integrity are very important – especially to bank employees who handle money and confidential financial information – this case highlights the burden on the employer to prove cause is a high one. It is also a continued reminder that a termination for cause is a last resort. Immediate termination is justifiable only when the employee’s misconduct is so serious that it “[strikes] at the heart of the employment relationship”, such that there is no reasonable possibility of the employer and the employee continuing to work together and no other forms of discipline are appropriate.

In upholding the Adjudicator’s decision to reinstate the employee, the employee also received back pay, which at the time of the release of this decision would have been well over 3 years of pay. This is well in excess of what a judge could give for wrongful dismissal.