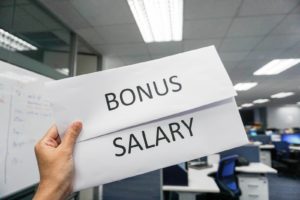 In the decision of Singer v Nordstrong Equipment Ltd., the Court of Appeal reaffirmed the jurisprudence in Ontario surrounding a dismissed employee’s entitlements on a without cause termination. It is a well established law that a wrongfully dismissed employee is entitled to damages equal to the remuneration, benefits, and bonuses they would have received during their reasonable notice period.  On appeal, Feldman, J.A. reversed the decision of the motion judge and further clarified the principles that had been established by the Court in Paquette v TeraGo Networks Inc., 2016 ONCA 618.

Facts of the Case

Mr. Singer had been employed with Nordstrong as its President and General Manager for over eleven years. In December 2016, Mr. Singer received notice that employment with the company was being terminated, effective immediately. He then commenced an action against his former employer seeking compensation in lieu of lost salary, benefits, and bonuses over a notice period of 17 months.

The motion judge in Singer denied the employee’s claim for benefit compensation for reasons being that Mr. Singer did not demonstrate that he had suffered a loss and rejected Mr. Singer’s claim for bonus compensation as it was not within his “reasonable expectation to be able to earn a bonus while he searched for alternative employment”.

In Singer, the Court of Appeal overturned the decision of the motion judge and reaffirmed the two-part test set out by the Court in Paquette, for determining whether an employee is entitled to compensation for the loss of bonuses during the notice period:

The Court of Appeal in Singer, determined that the motion judge erred in law by failing to apply the two-part test in Paquette and thus allowed the appeal, awarding Mr. Singer damages for bonus and benefit compensation in the amount of $166,955.00 and $9,458.00 respectively over a reasonable notice period of 17-months.

It is trite law that on a without cause dismissal, employees are entitled to compensation for any actual losses incurred. A wrongfully dismissed employee must be placed in the same exact position they would have been in had the breach of contract never occurred.

A wrongfully dismissed employee is entitled be made completely whole again during the entire notice periods. Moreover, any damages for wrongful dismissal must include all forms of compensation, bonuses and benefits the terminated employee would have received but for the breach of contract by the employer.

Most recently the ideas in Singer were reinforced in Ruston v. Keddco Mfg. (2011) Ltd., 2018 ONSC 2919 (CanLII) http://canlii.ca/t/hs2rn, wherein Monkhouse Law was able to get an elongated notice period against another division of the parent company, Canerector, as well as bonus over the notice period and benefits.

Paquette and Singer both demonstrate the importance of a terminated employee’s damage entitlements upon a without cause wrongful dismissal.