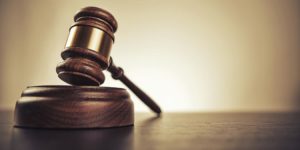 Ms. Ott had worked for Canadian Standard for approximately three years and was terminated without notice or pay in lieu thereof due to an alleged lack of work.

This decision stands a stark reminder to employers that payment of the statutory minimums is required in the event of a termination without cause. Where there is some evidence that the employer withheld an employee’s ESA minimum entitlements without any valid explanation, courts will not hesitate to order that the employer pay punitive damages to deter them from engaging in similar conduct in the future.

If you have been terminated and you believe your employer has denied you your minimum entitlements to termination pay, you should speak with a lawyer. Call Monkhouse Law today for a free 30-minute phone consultation!

About the Author: Stephen LeMesurier is an associate lawyer at Monkhouse Law where he practices Employment, Human Rights and Disability Insurance Law.