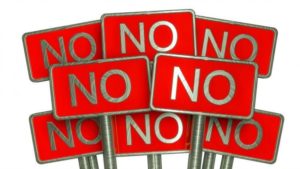 On July 24, 2007, the employee received notice of fundamental changes to his employment contract with his employer, Allstate. He was also given working notice up to September 1, 2009. The employee accepted the working notice and intended to retire at the end of the notice period.

In October 2008, Allstate requested the employee close his neighbourhood office and move to an Allstate operated office by November 1, 2008. The employee refused, insisting on operating under the previous agreements during the notice period. These agreements were the Allstate Agent Compensation Agreement (the 830 agreement) and the Neighbourhood Office Agent Amendment (the NOA). His refusal led to his termination for cause on November 6, 2008.

The trial judge found that the employee was properly terminated for cause on November 6, 2008. In her view, the respondents had the right to impose the new terms of employment, since the employee had been given reasonable notice of the changes.

In deciding in favour of the employee, the Court of Appeal held that it was an error for the trial judge to not address the question of whether the change in location, including the change to the business model under the NOA, could be made by Allstate during the working notice period. She also erred by not considering whether the NOA precluded them from unilaterally requiring the changes to the appellant’s business model and location.

The Court of Appeal found that the proposed relocation was more than a geographic relocation of the employee’s office; rather, it was a fundamental change of his terms of employment pursuant to the NOA.

The NOA precluded Allstate from unilaterally imposing the changes during the period of working notice and the employee was entitled to continue to work under the previously outlined terms.

It’s very important for employers to adhere to the terms of an employment contract and seek advice from a lawyer prior to attempting to make changes. Additionally, it’s best for employees to speak with experienced counsel about their situation if changes are being proposed at work and they are unsure if they have to comply with them.