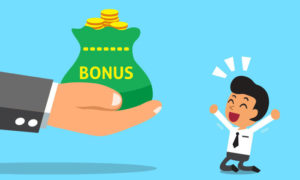 Recently, the Court of Appeal clarified the issue of deferred bonuses in Bain v UBS, 2018 ONCA 190. At trial, the employee was ultimately awarded a total of $2,596,268.35. We discussed that decision on our blog earlier here .

The employer had two arguments:

The Court of Appeal rejected these arguments and upheld the award by the trial judge.

In deciding in favour of the employee, the Court of Appeal clarified the law with respect to bonuses. Firstly, the court referenced a two-part test that it had stated in Paquette v TeraGo Networks Inc, 2016 ONCA 618, a case successfully argued by Monkhouse Law.

The employer attempted to rely on Paquette to support its argument that the employee’s damages for the lost bonus amount should be limited to the amounts he would have received during the notice period. The Court, however, reiterated that paragraph 17 of Paquette correctly states the law: “[d]amages for wrongful dismissal may include an amount for a bonus the employee would have received had he continued in his employment during the notice period, or damages for the lost opportunity to earn a bonus” (emphasis added).

The employer’s second argument was also rejected. The Court found that the bonus plan did not exclude the employee’s claim for damages for the deferred part of his bonus.

This decision makes it clear that when it comes to bonuses during the notice period, an employee may still be entitled to damages for the loss of bonuses that they would have earned during the notice period, even if it wouldn’t necessarily be paid out before the end of the notice period. If you’ve been terminated and received bonuses during your employment, it’s best to speak with experienced counsel to ensure you are receiving your full entitlements as part of your severance package. To arrange for your free confidential 30-minute phone consultation make sure to contact us today.