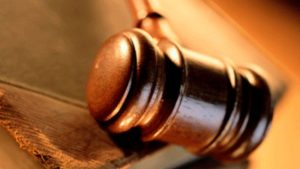 Punitive damages are damages awarded by the court on top of any damages to compensate a plaintiff for the losses they have suffered. The aim of these damages is to punish reprehensible conduct of one party in the action in order to deter them from repeating similar mistakes in the future. Aggravated and moral damages on the other hand deal with the express conduct of a party in creating additional hardship for the other. While these damages are rarely awarded in the employment context, the circumstances of which they are awarded shed light on what type of conduct would attract additional scrutiny from the judicial system.

In Galea, the plaintiff was employed as the Vice-President, General Merchandising, after working for Wal-Mart over a period of 8 years from 2002 to 2010 and undergoing many promotions. She was a hard-working individual who was able to climb the ranks quickly within Wal-Mart. As part of her employment agreement, the plaintiff signed a non-competition clause and was entitled to 2 years notice upon termination without cause.

In February 2010, the plaintiff was removed from her role as Vice President and was demoted due to alleged restructuring. She was subsequently offered a lower (but still executive) position but was provided with no duties for the job. Over the next several months, the plaintiff attempted to have her role defined by Wal-Mart but was unsuccessful. During the time between her demotion and her eventual termination in November 2010, the plaintiff discussed different opportunities in other countries with Wal-Mart, in addition to undergoing through an additional professional development program at Harvard University. Shortly after returning from Harvard, the plaintiff was shocked to be informed that her employment would be terminated.

In assessing Wal-Mart’s liability for moral damages, the court considered the circumstances surrounding the plaintiff’s final 10 months of employment. The court found that Wal-Mart’s conduct during this time was misleading at best, and dishonest at worst – based on their refusal to put the plaintiff in a definitive position, it appears that Wal-Mart had decided early in the process that the plaintiff would be terminated and opted to insensitively withhold that information from the plaintiff herself. Additionally, Wal-Mart’s failure to abide by the contractual termination clause payments and the delay tactics used during litigation caused additional unnecessary hardship for the plaintiff.

Galea is not the first case where Wal-Mart has been hit with significant damages for its conduct. In Boucher v Wal-Mart Canada Corp, Wal-Mart was found liable for allowing an employee to be repeatedly belittled, demeaned, and criticized, often in front of other co-workers by her manager over a period of 5 months. When the employee tried to resolve the issue by dealing with senior management, she was told that her manager would not be punished because Wal-Mart had allegedly conducted an investigation that found that the employee’s complaints were unsubstantiated.

For their conduct, a jury trial heard in the Ontario Superior Court found Wal-Mart and the manager liable for wrongful dismissal damages along with nearly $1.5 million in punitive, aggravated, and intentional infliction of mental suffering damages. While the total punitive, aggravated, and moral damages were lowered by the Ontario Court of Appeal to approximately $410,000.00, the damages still stand to be one of the highest awarded in the employment context.

It is important to note that the case is very ‘fact specific’. That is, less than 1% of cases have punitive damages awarded. Effectively in this case the judge decided to ‘throw the book’ at Walmart for a number of reasons, including their behaviour at trial, including the late production of documents.

Our understanding at Monkhouse law is that the case was not appealed, likely to avoid further negative publicity, however, it is likely that like Boucher the punitive and aggravated damages would have been reduced on appeal had there been one. The ability for a judge to award damages for behaviour of parties at trial itself is a questionable one (this is usually left to ‘costs’, or payment of legal fees) and will likely have to go through to the Court of Appeal at some point.

In the meantime, the case however is a great example that if you act poorly a judge might well throw the book at you, whichever side you are on.

Moving Forward – Punitive Damages are not Limited to Corporate Giants

Despite the significant awards above, punitive damages are not limited to corporate giants and can be imposed on any employer if their conduct is sufficiently reprehensible. In MacDonald-Ross v Connect North America Corp (2010), 84 CCEL (3d) 102 (NBQB), the employer found was liable for $50,000.00 for filing after-termination unsubstantiated criminal charges against the plaintiff employee. In Altman v Steve’s Music Store Inc, 2011 ONSC 1480, the employer was found liable for $20,000.00 of punitive damages for failing to abide by minimum standards legislation.

Employers must always be mindful of their duty of good faith and fair dealing during and after termination. Employees who are subjected to unreasonable and reprehensible conduct may be able to have additional recourse through punitive damages, albeit on an exceptional basis. For both employers and employees, it is important to speak to a professional before potentially taking a costly step in termination.

Contact Monkhouse Law today for a free consultation!
To arrange your free confidential 30 minute phone consultation make sure to contact us today.