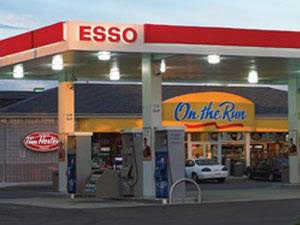 It is settled law that anyone who makes a claim for wrongful dismissal has an obligation to mitigate their losses. In short, this means that if you are let go and make a claim for more notice, you have an obligation to take reasonable steps to find a comparable job to the one you had before. If a terminated employee is found not to have taken reasonable steps to mitigate their losses, Courts will reduce wrongful dismissal damages at trial.

In Dussault v Imperial Oil Limited, 2018 ONSC 1168 (“Dussault”), complicated issues regarding the duty to mitigate arose when two employees refused to accept the new positions with a third-party company (Mac’s) that was acquiring their long-time employer (Imperial Oil).

In Dussault, there were two plaintiffs, Mr. Dussault and Mrs. Pugliese. Both Plaintiffs had worked with Imperial Oil for 39 and 36 years respectively and had both worked in Imperial Oil’s retail store division. Before their employment had been terminated, the Plaintiffs were offered new positions with Mac’s. The offers of new employment with Mac’s included the following terms:

For a variety of reasons, but largely due to the fact that the new positions with Mac’s contemplated an unknown reduction in salary after the initial 18 months, both Plaintiffs refused to sign the new offers of employment with Mac’s. As a result, Mrs. Pugliese was terminated on August 12, 2016 and Mr. Dussault on September 2, 2016. Both Plaintiff’s then commenced wrongful dismissal litigation against Imperial Oil. At the hearing, Imperial Oil argued that the Plaintiffs had failed to mitigate their losses since they had refused to accept the offers of new employment with Mac’s. In short, Imperial Oil took the position that the Plaintiff’s could easily have earned money during the notice period had they been reasonable and accepted the offers they received to work with Mac’s.

The Court rejected Imperial Oil’s arguments and found that Mrs. Pugliese and Mr. Dussault did not fail to mitigate their losses by refusing to accept the offers of employment from Mac’s. Notably, the Court also rejected Imperial Oil’s assertion that the Plaintiffs were in fact free to accept the new offers of employment after they had been terminated and without having to sign a Release. The Court found this assertion by Imperial Oil to be “disingenuous.”

The decision in Dussault sends a strong message to employers that an employee’s failure to accept a pre-termination job offer with a third-party company cannot be relied upon by the employer as a failure to mitigate. A new job must be available to an employee after termination if any argument as to mitigation by the employer is to be successful. Moreover, the decision in Dussault also confirms that by declining a job offer that requires an employee to waive the right to sue their current or former employer, the employee is not failing to mitigate.

If your employment is being complicated by the sale of a business, you should speak with an experienced employment lawyer to get the right advice. Call Monkhouse Law today for a free 30-minute phone consultation!

About the Author: Stephen LeMesurier is an associate lawyer at Monkhouse Law where he practices Employment, Human Rights and Disability Insurance Law.