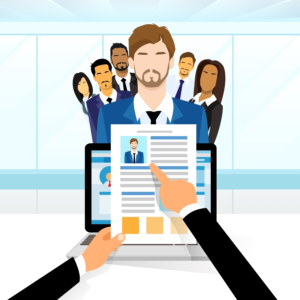 A key element in most wrongful dismissal cases is the obligation for a terminated employee to mitigate his or her damages. In other words, one must actively search for new employment to lessen the damage flowing from the termination. If an employee fails to mitigate their damages, the consequence is typically a reduction in the notice owed by the employer.

But what is the best way to go about mitigating your damages? Is it as simple as applying to any and every job you can find? Or do the efforts need to be sincere and plausible? This blog post discusses the recent case of Skov v. G&K Services Canada Inc., 2017 ONSC 6752 (CanLII), wherein the principle of mitigation and the efforts related to same took an interesting turn.

When determining the quantum of notice to award a terminated employee, courts will examine certain factors. These include an employee’s age, length of service, character of employment and availability of similar employment with regard to training, experience and qualifications. In Skov, the plaintiff was terminated from his employment after nearly 21 years. At the time, he was 54 years old and held the position of Customer Development Manager. The parties disagreed on how much notice the plaintiff was entitled to, with the major point of contention being the character of the plaintiff’s employment.

Specifically, the plaintiff argued that he was entitled to 24 months’ pay in lieu of notice, taking into consideration his years of service, age, and senior position in the company. The employer argued that the plaintiff did not hold a managerial position (he had no direct reports, had no autonomy, discretion or authority in the conduct of the company’s operation), and his title was merely bestowed due to his many years of service.

When determining whether or not an employee is a “manager”, courts will examine the substance of the employee’s duties, rather than simply accept a claim to management due to job title. In McCracken v. Canadian National Railway 2010 ONSC 4520 (CanLII), Justice Perrell noted the following with respect to the determination of a managerial role:

The case law about who is a manager or who exercises a management function provides that this question is a question of fact for each case and in the context of the overall organization in which the person is employed.
Being a manager relates to the nature of the work actually performed.

An employee’s title or job description is not determinative of whether the employee is a manager, and his or her status is determined by what the employee does or has been charged to do in the business enterprise.

An essential element of being a manager is that the person performs an administrative and leadership role and not just an operational role in the organization.

After hearing evidence on the plaintiff’s duties and day-to-day responsibilities, the judge found that his role at the time of termination was not “senior and managerial”, and his job title was “more of a legacy appointment due to his years of service”. Accordingly, the plaintiff’s reasonable notice period was found to be 18 months. However, since mitigation was also a live issue, the judge examined and addressed the plaintiff’s efforts in searching for alternate employment.

Following his termination, in order to fulfill his obligation to mitigate his damages, the plaintiff began to search for new employment. In doing so he created an updated resume which listed his most recent position with his former employer as “Director of Process Improvement and Customer Development”, although he, admittedly, never held this position.

The defendant argued that although the plaintiff applied to many jobs with various companies, the vast majority were ‘out of his league’ and not comparable with his actual experience and ability. Since his efforts at mitigation were no more than a ‘wish list’ of pursuits that stood no chance of real success, the employer submitted that the plaintiff had failed his duty to mitigate.

In the end, the judge concluded that the plaintiff’s “mitigation efforts were compromised by his decision to “overshoot” and seek employment in a position which was simply not comparable with his actual duties, responsibilities and abilities.” He noted that “the Court cannot and should not condone this type of misrepresentation”, and as a result, the notice period would be reduced by two months for a total net damage amount of 16 months.

The results for the plaintiff in Skov certainly demonstrate that navigating employment matters can be difficult. If you have been let go and would like to get an assessment on a severance offer or would like to discuss any of the issues outlined above, call Monkhouse Law today for a free 30-minute phone consultation.