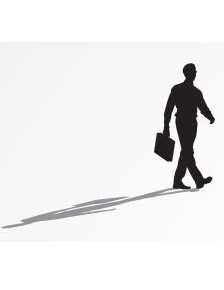 Many employees have limits on what they can do after resigning from their jobs, such as non-disclosure of confidential information, non-solicitation, and non-competition.  In addition, there is a further classification of employee that has even more limitations on its actions after resigning, and this is called a ‘fiduciary employee’.  In the recent Ontario Superior Court of Justice decision Cosolo v. Geo. A. Kelson Ltd., 2017 ONSC 4150, the Court outlined the responsibilities of a departing fiduciary employee who does not have a written employment contract.

Louie Cosolo worked for the engineering firm, Geo. A. Kelson Limited (“Kelson”), for approximately 10 years.  Cosolo did not sign a written employment contract.  Colson was eventually promoted to the position of Vice President, Supply Chain & Procurement in 2014, which made him a senior executive of Kelson. On October 30, 2015, Cosolo resigned from his employment with Kelson to become the CEO of a rival engineering firm.

Between January 9, 2016 and May 16, 2016, five Kelson employees left the company to start working for ENGIE.  Kelson alleged that Cosolo solicited the employees to leave, while Cosolo argued that the employees approached him to work for ENGIE.

During his employment, Cosolo acquired and sold 43,000 Class E common shares of Kelson for $891,820.00, for which he was to receive ten installment payments of $89,182, plus interest on the outstanding balance.  He received the first payment while he was still working for Kelson.  However, after he was no longer an employee, the installments stopped.  Kelson took the position that it did not have to make further installments because Cosolo had breached his fiduciary duties by soliciting the five Kelson employees.

Cosolo sued Kelson for breach of contract seeking the remainder of money owed for his shares.  Kelson defended and claimed a setoff for damages from Colson’s alleged breach of fiduciary duty.

The Court found that Cosolo was a fiduciary employee of Kelson, given his executive role at the company.  Since Cosolo did not have a written employment agreement with Kelson, his duties as a departing fiduciary employee are based purely on common law, which the Court went into great detail to explain.

Citing the leading case of Canadian Aero Services Limited v. O’Malley, [1974] S.C.R. 592, the Court stated that the reasonable period of time during which fiduciary obligations continue after a fiduciary employee departs is determined on a case-by-case basis and depends on several factors, including:

… the factor of position or office held, the nature of the corporate opportunity, its ripeness, its specificness and the director’s or managerial officer’s relation to it, the amount of knowledge possessed, the circumstances in which it was obtained and whether it was special or, indeed, even private, the factor of time in the continuation of fiduciary duty where the alleged breach occurs after termination of the relationship with the company, and the circumstances under which the relationship was terminated, that is whether by retirement or resignation or discharge.

While fiduciary employees must wait for the reasonable period to end before they can solicit customers, they are able to directly compete with their former employer unless they are subject to a non-competition clause in an employment agreement.  Further (and most dispositive of Colson’s case), they are able to accept business from former clients of their former employer, as long as they do not directly solicit them.

In the end, the Court determined that the five Kelson employees approached Cosolo (not the other way around), and that therefore, he did not breach his fiduciary duties.  Cosolo was entitled to damages for Kelson’s breach of contract.

About the Author: Miguel Mangalindan is an associate lawyer at Monkhouse Law where he practices Employment, Human Rights and Disability Insurance Law.